Dr. Reddy says there is no issue of food security in Fiji but there is a nutritional security issue

Dr. Reddy says there is no issue of food security in Fiji but there is a nutritional security issue 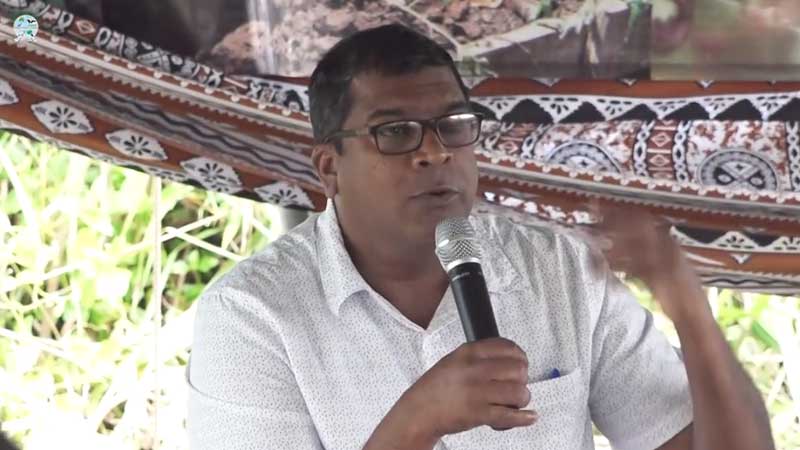 Minister for Agriculture, Doctor Mahendra Reddy says there is no issue of food security in the country and some may argue on this but we do have an issue with nutritional security, particularly in the interior and maritime division.

Dr. Reddy highlighted this while officiating at the handing over of offer letters to 11 farmers for land clearing development, orchard development and to farmers under the Women in Agriculture program.

He says the lack of balanced nutrition is also an issue for low income households in the urban areas.

The Minister says there were calls from different sectors of the economy, particularly from consumers in the urban areas to regulate the prices of vegetables when it started to shoot up earlier this year.

Dr. Reddy further says they had decided not to intervene but had corrected this by boosting production and supply.

He says despite the COVID-19 restrictions and increase in freight rates, Fiji lifted more produce out of the country that allowed foreign currency into the country.