Dr. Jone Hawea confirms he is well and police acted professionally in the course of his arrest and detention – Raj

Dr. Hawea did express concerns about his safety and the rationale behind his transfer from Lautoka to Suva – Human Rights Commission

Dr. Jone Hawea confirms he is well and police acted professionally in the course of his arrest and detention – Raj

Dr. Hawea did express concerns about his safety and the rationale behind his transfer from Lautoka to Suva – Human Rights Commission 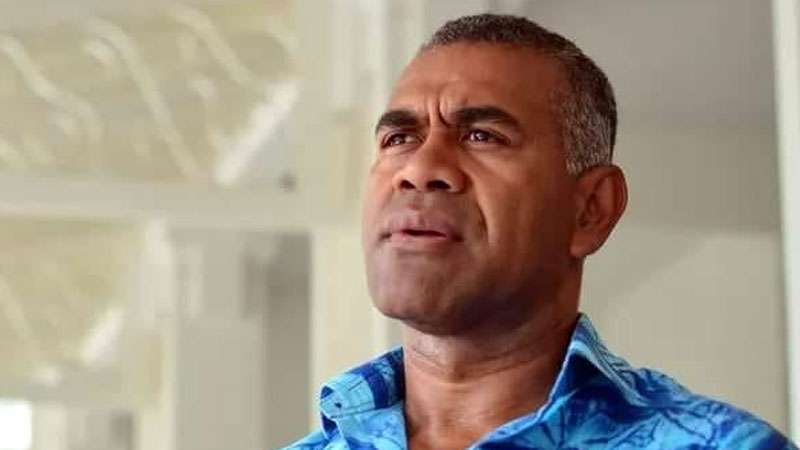 The Director of the Human Rights and Anti-Discrimination Commission, Ashwin Raj says Dr. Jone Hawea has confirmed that he is well, in sound health and that the police acted professionally in the course of his arrest and detention.

Dr. Hawea is being questioned for allegedly sharing misinformation regarding COVID-19.

Raj says the Commission confirms that while in detention at Totogo Police Station, Dr. Hawea has access to his legal counsel and as witnessed by the Commission, his well wishers were also allowed to deliver his food and toiletries.

Raj says Dr. Hawea was visited by his legal representative, Graham Leung and a well wisher who brought him food and Dr. Hawea also confirmed he did not require any medical attention.

However, Raj says Dr. Hawea expressed concerns about his safety and his right to heath and has also questioned the rationale behind his transfer from Lautoka Police Station to Totogo when the Suva Nausori corridor, as he described to the Commission, is a “hot spot” for COVID positive cases.

Dr. Hawea stated that some police officers acted irresponsibly by not adhering to the COVID-19 safety protocols and exposing him to risk of transmission.

Raj says they also had discussions with the Director CID who informed the Commission that they had arranged for a pass from the Ministry of Health and Medical Services to transfer Dr. Hawea to Suva and that the arrest was made after Dr Hawea’s live video session which ended at 9pm on Tuesday.

The Commission further says the Fiji Police Force also stated that ordinary Fijians get arrested during curfew hours and Dr. Hawea is no exception.

Raj further says the Commission understands that Dr. Hawea is being questioned for an alleged breach of the provisions under the Public Order Act in relation to malicious act.

He says the Commission maintains its stance that everyone must be able to enjoy their fundamental right to free expression including the right to democratic dissent however this right comes with responsibility.

Raj says the courts will determine the thresholds for free expression necessary in a democratic society, permissible within the confines of the law, and consistent with human rights and human dignity and those purported speech acts that are deemed to be a transgression.