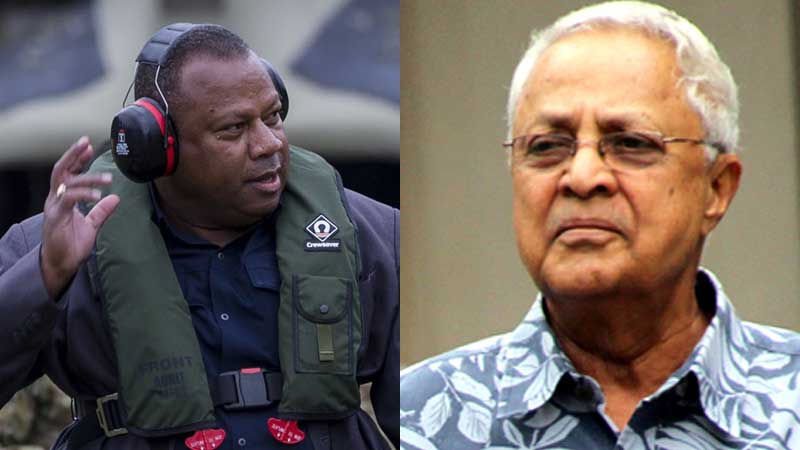 The focus now for disaster relief efforts is to provide emergency rations to people staying in evacuation centres past 48 hours, coordinate rations and non-food items to affected areas with interested people wanting to help, accessibility, restoration of essential services like water and power, prevention of diseases and education.

Minister for National Disaster Management, Inia Seruiratu says they already had their plans laid out and parallel operations are now underway in Vanua Levu to continue with the relief efforts for the victims of Cyclone Yasa and assist those affected by Cyclone Ana or both.

Seruiratu says they are looking at sea options for Vanua Levu but they do have restrictions on the main supply routes between Labasa and Nabouwalu, between Nabouwalu and Kubulau, Savusavu to Labasa, Savusavu to Kubulau and the coastal mainland.

He says water at the hospitals in the North is also critical and resources have been allocated for this. Work is also underway to get water to Labasa Town.

Seruiratu says there needs to be a lot of disinfection and cleaning up, and commissioners and stakeholders are working together on disease prevention.

He says operations also continue for Viti Levu and the Eastern Division. They are also focusing on rations for evacuation centres, assistance to affected areas, accessability, essential services and education.

Seruiratu also stresses that Vanua Levu is still under a state of natural disaster. He says they are into day 19 and it ends on February 13th.

He also says parties like the Fiji Labour Party should stop making things up as there is good coordination between the government, international partners and local NGOs on the ground. Seruiratu says Mahendra Chaudhry can call him at anytime.

Chaudhry has said that the entire North should be declared a Disaster Zone and state funds and resources immediately pumped into the region to provide relief and rehabilitation for the people, farmers and businesses there.

He says the entire Labasa Town was under almost two metres of water at the height of the floods. Chaudhry says it is now layered with mud, slush and debris which can’t be cleaned because of no water.

The FLP Leader says people immediately need food and other basic necessities. He says the people in the North, mostly farmers, are still waiting for the government to announce a disaster relief and rehabilitation package.