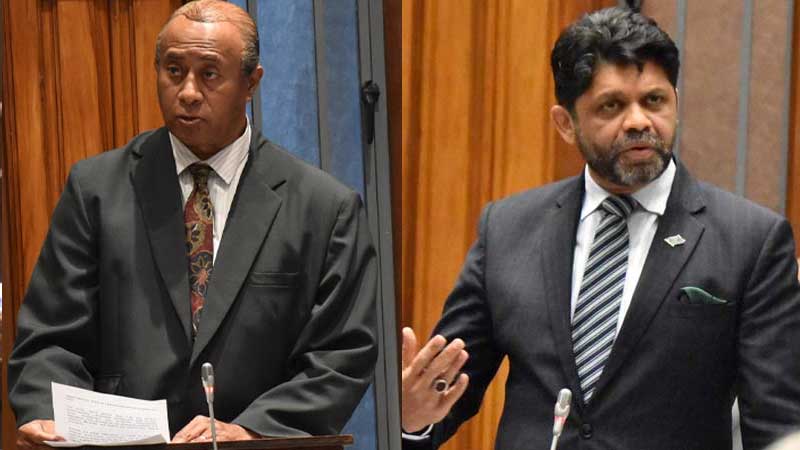 SODELPA MP Ro Filipe Tuisawau says according to former public relations advisor for Qorvis, Graham Davis, the Supervisor of Elections lodged a formal complaint and alleged that the now suspended Solicitor General Sharvada Sharma was negligent and mishandled the case against Niko Nawaikula.

Ro Filipe says these are some of the issues that not only them but the public are concerned about.

He has questioned the rationale behind this.

While responding in parliament, Attorney General Aiyaz Sayed-Khaiyum says he thought Ro Filipe had higher standards and he is now resorting to people like Graham Davis.

Sayed-Khaiyum says Davis was simply an employee and no longer employed.

He says Davis has got grievances and is currently sitting in Sydney writing stuff up.

The Attorney General says Sitiveni Rabuka was once the SODELPA Leader and has now formed another party but the government does not go on about that.

Supervisor of Elections, Mohammed Saneem says he will not make any comments.

Former NRL and Wallabies star Lote Tuqiri will now help workers under the Pacific Australia Labour Mobility scheme to make a smooth transition in ... 40 minutes ago