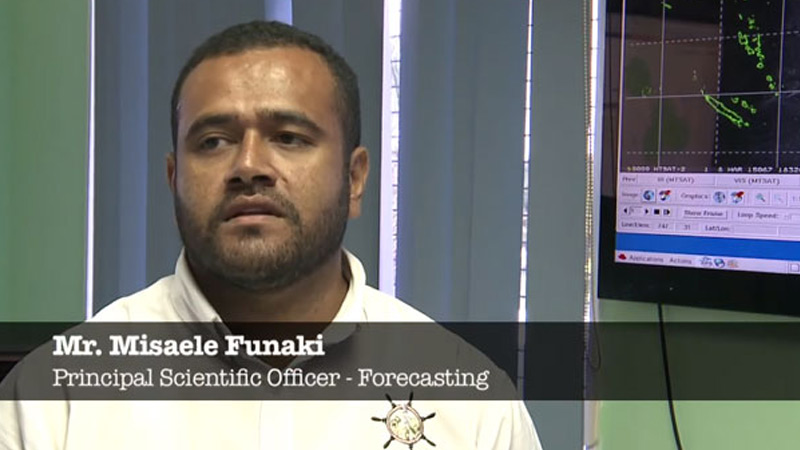 However Fiji Meteorological Service Director, Misaele Funaki says making a prediction now is well ahead of time, with a lower confidence.

He says a detailed seasonal prediction for Fiji and the Pacific Island region will be issued by the Fiji Met Service in October.

Funaki says the coming tropical cyclone season is predicted to be driven by a weak La Niña.

La Niña is a phenomenon that describes cooler than normal ocean surface temperatures in the Eastern and Central Pacific Ocean. In some parts of the world, La Niña causes increased rainfall while in other regions it causes extreme dry conditions.

Funaki says during La Niña events, Fiji experiences close to average number of tropical cyclones - that is, close to 2.

Funaki made the comments after a report in the Fiji Times with the title “Four cyclones forecast.”

Funaki also says the National Meteorological Services in the region (Australia and New Zealand included) normally issue the tropical cyclone seasonal outlook around October every year. He says this is due to the fact that accuracy of the seasonal prediction of the tropical cyclone activity would be greatest at this time of the year before the beginning of the season.

Meanwhile, Director National Disaster Management Office, Vasiti Soko has reassured the public that the NDMO is working very closely with the Fiji Meteorological Service in ensuring systems and processes are in place to prepare civil servants and its first responders as well as the communities to prepare for a disaster.

Soko further says that whilst they appreciate the work done by other scientists, the Fijian Government’s official source of information for any weather forecast is the Fiji Meteorological Service.