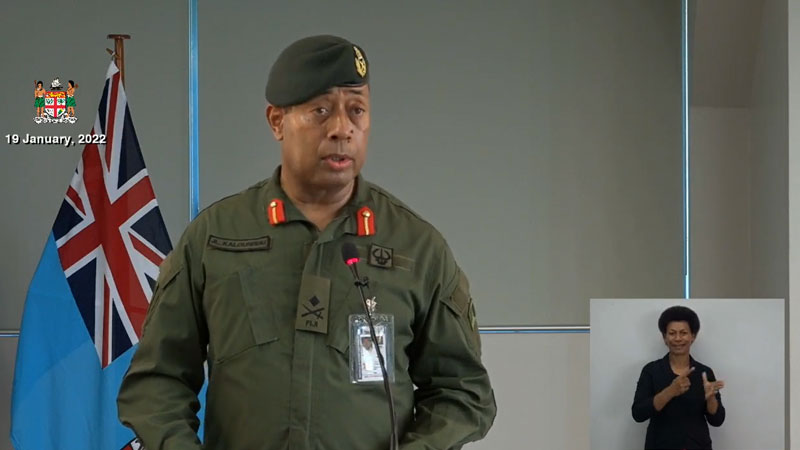 RFMF Commander Brigadier General Jone Kalouniwai says their deployments to assist Tonga and those islands affected within the Lau Group are currently being placed on standby with a 24 hours notice to move.

He says their considerations are based on providing two deployments.

Kalouniwai says the first deployment is a contingent of 25 in support of the Government to assist in the assessment, water and ration support and survey of the extent of damages in the Lau Group.

He says the second contingent consists of about 50 personnel which are on standby to assist the Tongan Government.

Kalouniwai says because of the unavailability of communication between Tonga and Fiji, there are still uncertainties if the Tongan Government has received the Acting Prime Minister’s offer to support them.

He says as such efforts are being pursued by the Australian counterparts to seek the Tongan Government’s permission to deploy the RFMF under a joint taskforce arrangement.

Fijian Drua vs Chiefs First Half ... 17 minutes ago
LATEST NEWS