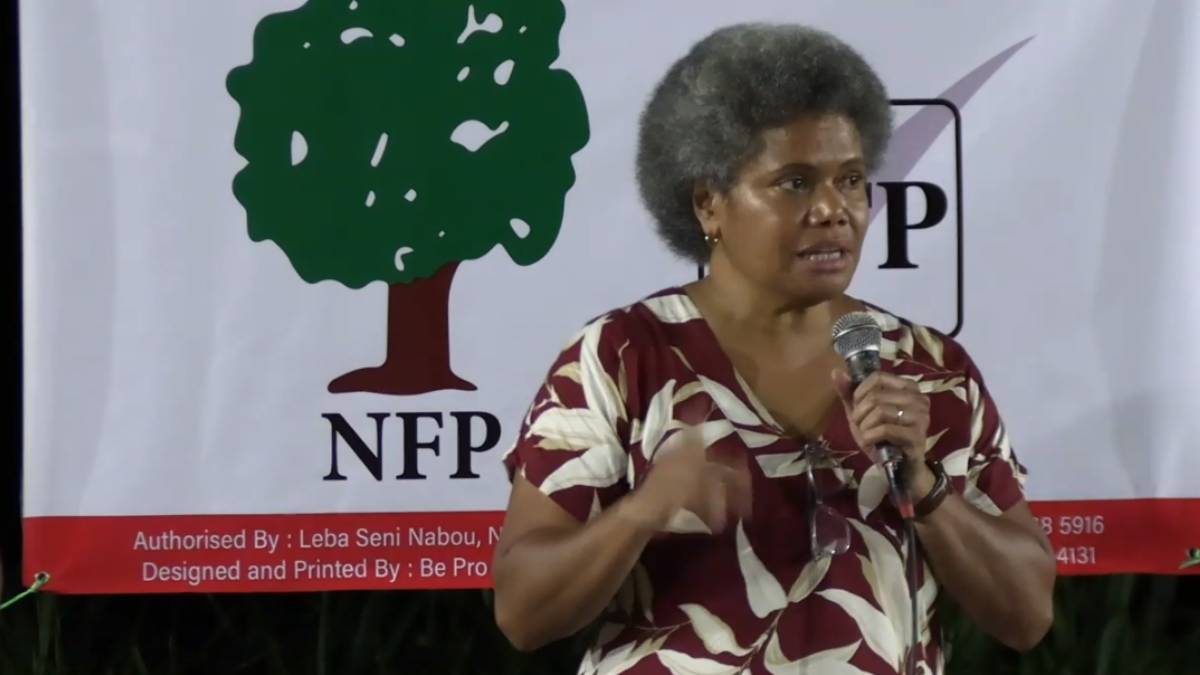 National Federation Party candidate, Lenora Qereqeretabua says with everything, there has to be consultations and that is one thing we had to be forced to go without over the past 16 years because two people were making the decisions.

Qereqeretabua made the comments in a talanoa session in Raiwaqa as she stressed that the issue regarding the Great Council of Chiefs and any other changes that affect everybody has to go through wide consultations.

She says the opposition has spoken about Parliamentary Standing Order 51 being used constantly by the FijiFirst government to change laws and springing new laws on them.

She adds when new laws are being proposed they are supposed to have 3 readings before they vote on the laws in parliament.

Qereqeretabua adds what happens when a law or a bill is being proposed is there is a first reading in parliament so the proposer reads what changes they want to see and then it should be taken to a Parliamentary Standing Committee as new laws affect people.

She says a standing committee is made up of MPs from both sides of Parliament and their job is to then consult with the stakeholders, and they will go out and talk to them about what they think about these issues.

Qereqeretabua says this is after they have consulted and received people's opinions.

Qereqeretabua says Standing Order 51 is supposed to be used only in very dire circumstances where for example - there is a huge national disaster and money has to be taken overnight from the treasury to deal with the aftermath and help people.

She adds they have seen bills being proposed on Tuesday and have to be debated and voted upon on Thursday.

Qereqeretabua asks how are they supposed to know the new proposed law is going to affect people if they don't understand it.

She says sometimes the bill is proposed at 10pm and they have to be sent home to have a read of it trying to send it to people to think of the impact that it will have on not only parliament but also Fiji.

Qereqeretabua reminded people that the will of the people will be heard on December 14th during the general elections.