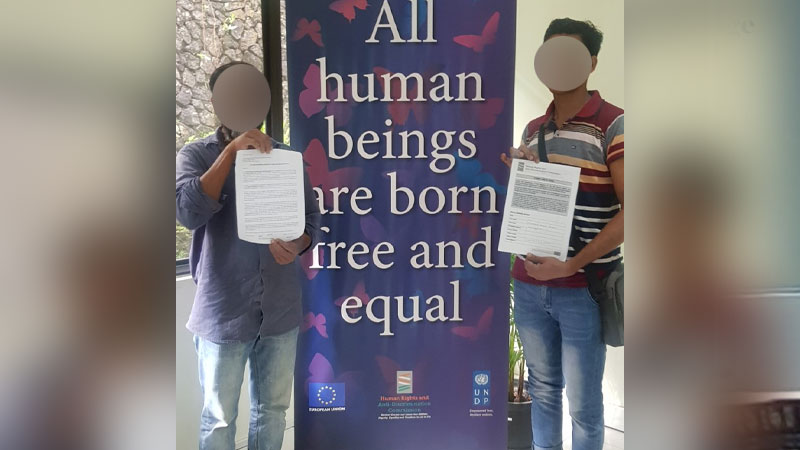 The Human Rights and Anti-Discrimination Commission is continuing it’s investigations after complaints of alleged human rights violations received from Bangladeshi nationals working for a construction company.

Director, Ashwin Raj says these workers were brought in by the same local recruiter who also recruited foreign nationals for at least four other companies in Fiji.

Raj says the allegations of human rights violations include workers not given copies of contracts; no internal mechanisms to raise grievances and when they raise grievances, they are suspended without pay; the workers are made to work on public holidays and Sundays without being paid double time; irregularities in payment of salary (for instance payslip states $10/hr but the actual payment was $45 for 8 hours of work in a day; no provision of sick sheet in 2020 and the workers do not get paid when they are on sick leave; the management advised the workers that they will not accept sick sheets and if they are sick then they can stay home but without being paid.

Raj says it is claimed these workers also paid FJD$13,000 through the local recruiter to come to Fiji and two of the workers want to return home but have been advised by the company HR to pay for their own tickets.

He says the workers cannot afford a ticket to go back home.

Raj says it is alleged that the local recruiter dictates terms to all the companies where he has recruited workers from Bangladesh.

He says when companies recruit foreign nationals, they must ensure that the conditions are consistent with human dignity and there is respect for human rights.

The Commission is investigating the complaint and has informed both the Department of Immigration and the Anti-Trafficking Unit of the Fiji Police Force regarding the allegations.

The workers have also filed their grievances with the Ministry of Employment.

Josua Vakurunabili was too strong for the England defence as he scored two tries to help the Fiji Airways Men’s national 7s team beat England 36-10 ... 3 hours ago
LATEST NEWS

All 25 villages of Ovalau including Levuka Town have committed to managing their terrestrial, freshwater, coastal and marine ecosystems ... 12 hours ago

Each year, Fiji records more than 1,200 deaths due to tobacco use and exposure to second-hand smoke. That's according to Assistant Minister for ... 13 hours ago
More News
TOP