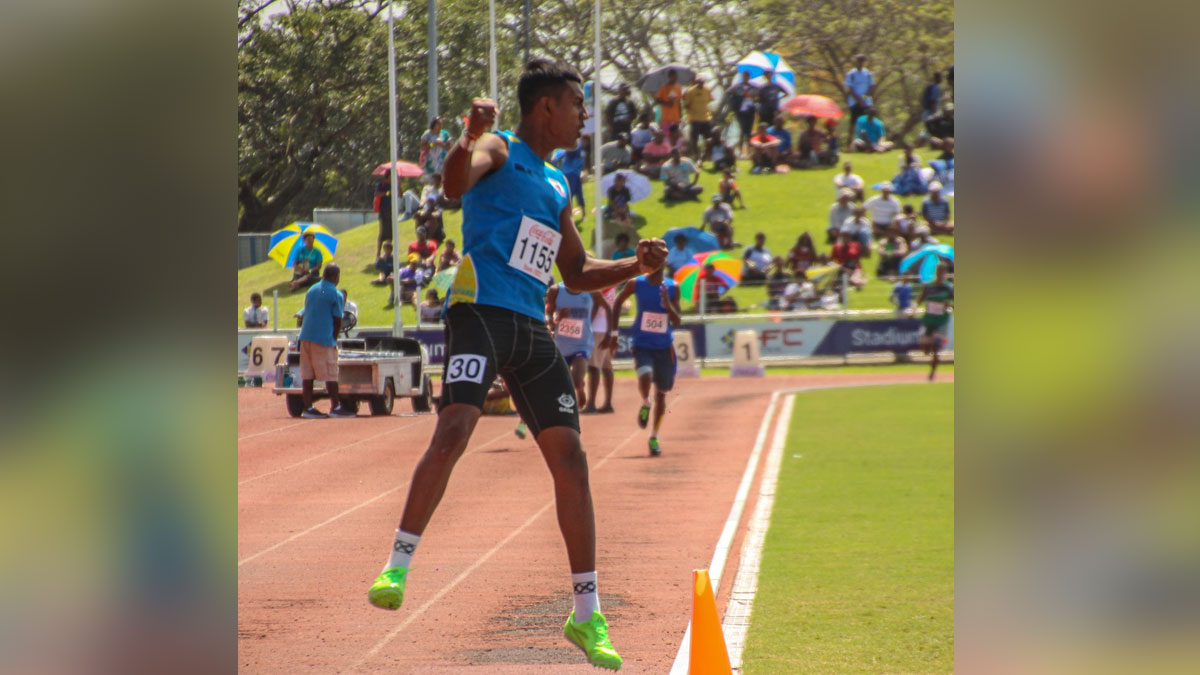 It is a historic Coca Cola Games for Vishant Reddy of Uciwai, Nadi who has won his second gold for Korovuto College after coming first in the 800 metres Intermediate Boys.

Reddy who is also a Nadi soccer rep, says there were specific times for the soccer training and the soccer team had helped him in his endurance, and he thanks the players for supporting him all the time.

He says there were no challenges and everything was smooth because he was working hard.

Abaramo Ratucove of Immaculate Conception College in Bua got the silver medal while Ilaitia Matadradra of Noco Junior Secondary got the bronze.

Salome Vakatawabai of Namosi Secondary School has settled for silver while Saint Joseph’s Adi Ama Masau got the bronze medal.

Waisale Tagivetaua of QVS won gold in the Junior Boys 800 metres, Nirav Kumar of MGM got the silver medal while Kini Nabiri of QVS got the bronze.

Ilisapeci Sagacoro of ACS settled for silver while Litia Lala of Tailevu North got bronze.

In the Sub-Junior Boys, Joseva Ravuaka of Vunisea Secondary won gold, Serupepeli Naidegidegi of DAV Ba got the silver while Iosefo Tuvere of Namosi Secondary settled for bronze.

Stay with us for the running medal tally updates, results and interviews. You can check out all the coverage on our website, fijivillage and relive all the moments from the Coke Games by checking out our fijivillage re-live videos.