Cirikidaveta not available for Chiefs clash

Cirikidaveta not available for Chiefs clash 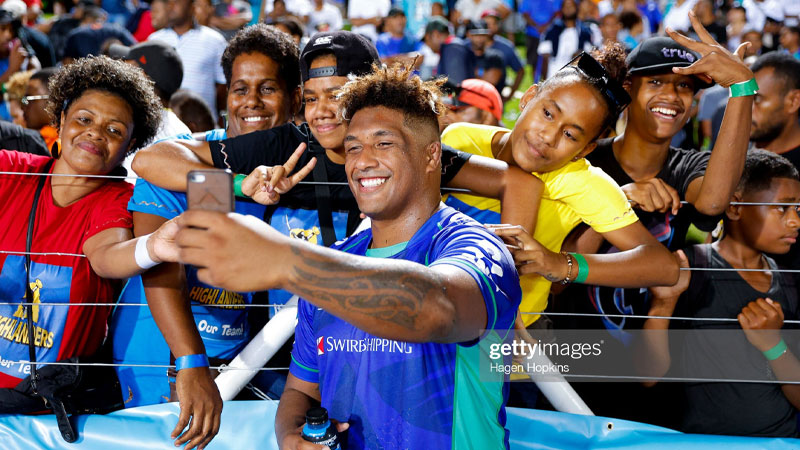 Te Ahiwaru Cirikidaveta of Fijian Drua poses with fans after the round 11 Super Rugby Pacific match between the Fijian Drua and the Highlanders at ANZ Stadium on April 30, 2022 in Suva, Fiji. (Photo by Hagen Hopkins/Getty Images)

Swire Shipping Fijian Drua forward Te Ahiwaru Cirikidaveta will not be available for the Chiefs clash this weekend.

Cirikidaveta suffered a concussion in the first half of their 34-19 win against Moana Pasifika 2 weeks ago.

Coach Mick Byrne says Cirikidaveta is still recovering from the head-knock and he won’t be considered.

The Drua will meet the Chiefs in their final Super Rugby match for the season at 3pm Saturday in Lautoka.

All platinum tickets which cost $145 have been booked while the $95 tickets are selling very fast.

The silver and bronze tickets which cost $35 and $20 are still available.

The $20 tickets can only be purchased at the Lautoka City Council.

More Fijians are expected to get employment opportunities in Australia after Labour Solutions Australia interviewed 56 potential workers since ... 27 minutes ago