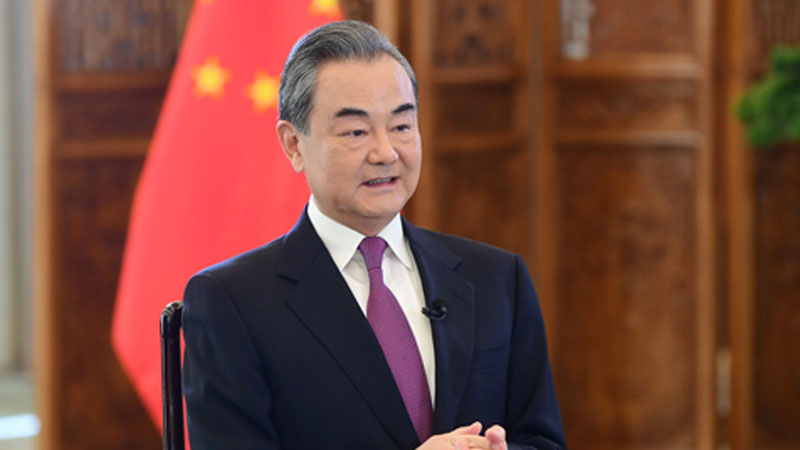 The Foreign Minister for the People’s Republic of China Wang Yi [Photo: fmprc.gov.cn]

The Foreign Minister for the People’s Republic of China Wang Yi will travel to eight countries in the Pacific including Fiji starting this week.

Yi will begin his trip in the Solomon Islands today as they solidify their presence there before visiting Kiribati, Samoa, Fiji, Tonga, Vanuatu, Papua New Guinea and East Timor during a 10-day tour.

Foreign Ministry Spokesman Wang Wenbin says that China aims to develop friendly and cooperative relations with the Pacific nations as part of its long-term interests and to promote peace, stability and prosperity in the Asia-Pacific region.

Al Jazeera reports the trip will likely raise alarm in the United States and Australia, which this weekend voted the Labour Party into office.

The party has promised to “reset” relations between Canberra and Beijing, which have soured in recent years, but many Australians are still concerned about China’s growing influence in an area regarded as its “backyard”.

The Solomon Islands confirmed the trip and said that the government was preparing to welcome Wang Yi and a 20-person delegation in Honiara.

Prime Minister Manasseh Sogavare said the trip will be a milestone in bilateral relations.

Li Ming, China’s ambassador to the Solomon Islands, says both sides would sign a number of key bilateral agreements during the trip. Wang Yi is also due to meet with Sogavare and the acting governor-general.

The Solomon Islands and its fellow Pacific island nation Kiribati are two of China’s newest allies after switching diplomatic recognition from Taiwan to Beijing in 2019.

Australia has been closely watching developments between the Solomon Islands and China, and were deeply concerned when the two signed a security pact in April.

Under the terms of the deal, China will be able to send armed police and warships to the Solomon Islands to maintain peace.

While the deal is similar to one with Australia, it has raised concerns that China could use the deal to one day secure a military base there.

Only the Marshall Islands, Nauru and Palau have remained official allies of Taiwan in the Pacific region, but they could potentially be swayed by the prospect of Chinese investment.

The marginalized, at risk and poor in the community will now be able to get much needed support through the opening of DHIVE Community Centre in Marti... 20 minutes ago
LATEST NEWS