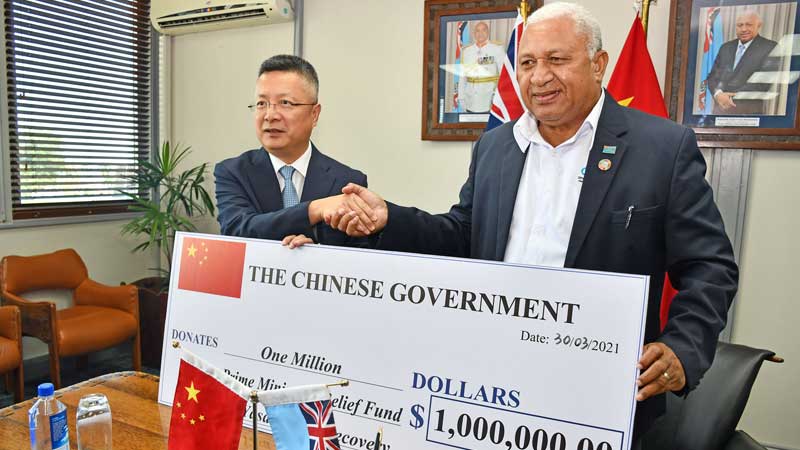 The cheque was presented to Prime Minister Voreqe Bainimarama by the Ambassador of the People’s Republic of China to Fiji, Qian Bo.[image: Fijian Govt.]

There is good news for those affected by TC Yasa and Ana as the Chinese government has donated $1 million in humanitarian aid to Fiji in support of the rebuilding and recovery works.

The cheque was presented to Prime Minister Voreqe Bainimarama by the Ambassador of the People’s Republic of China to Fiji, Qian Bo.

Bainimarama says this assistance affirms the strengthened collaboration between Fiji and China and it is a testament to China’s commitment to advance the levels of engagements with Fiji.

Bo says the assistance provided is in appreciation of the Fijian government’s commitment to rebuild the lives of Fijian communities who have been affected by TC Yasa and Ana.

He says these include initiatives to expand people-to-people and cultural exchanges including tourism, reinforce communication and coordination on issues such as climate change under multilateral mechanisms, and make joint efforts to safeguard free trade and multilateralism.