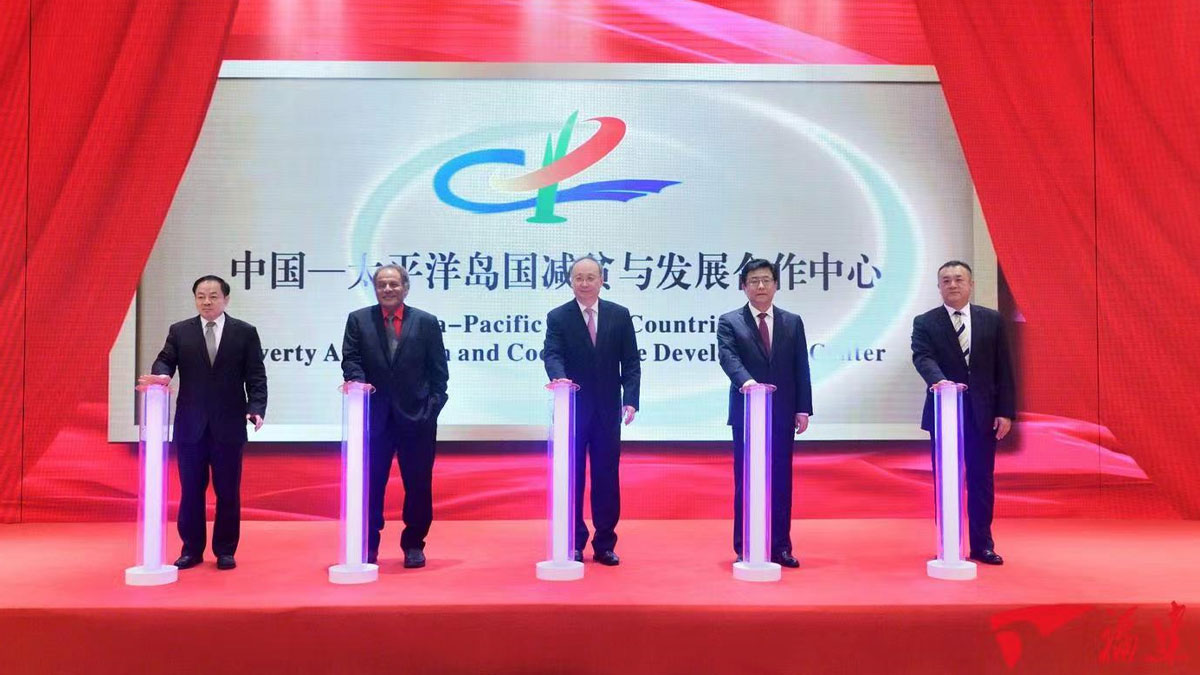 A China-Pacific Island Countries Poverty Reduction and Development Cooperation Centre has been launched in Fujian province of China.

The Chinese Embassy in Fiji says China's Juncao project has been benefiting Fiji since 2014.

It says Chinese experts have so far trained 1,704 Fijians, including female farmers, disabled persons and tour managers who lost their jobs due to the COVID-19 pandemic.

The embassy says in Fiji, Juncao has become popular as "the happy grass from China" after the two phases of the project have witnessed a sound success. Now the third phase of the project will be implemented as scheduled and it is indeed exciting.

Juncao is a hybrid grass as well as an important multi-functional agricultural resource. Its leaves, stems and roots can be used for different kinds of ecological management, such as soil erosion control and desertification prevention. It can also be used for mushroom farming, or as poultry feed.

The Chinese Embassy in Fiji says the Pacific Island Countries are looking forward to this centre in Fujian to provide online training, organize island countries’ diplomatic envoys to visit China, invite relevant officials and experts to training and roll out poverty reduction programs.

Vice Minister of Foreign Affairs of China, Xie Feng says China established this centre to take unique advantages of Fujian province and join hands with Pacific Island Countries to create a new model of South-South cooperation in the field of poverty reduction and make greater contributions to poverty reduction and development in Pacific Island Countries.

China announced the establishment of this centre on the sidelines of the first China-Pacific Island Countries Foreign Ministers’ Meeting in October 2021.

Speaking during the launch ceremony online, Bhatnagar said that such an accomplishment is not only a milestone in the history of China's development and the history of mankind's poverty reduction, but also a vivid illustration of the understanding of human rights with Chinese characteristics that "the rights to subsistence and development are the basic human rights of paramount importance".

She says this initiative could not have come at a better time, as we all aim to revive our economies in the post-COVID world.