Former resident of St Christopher's Home designs and opens her own bar, invites sisters and children from the home for the opening

Former resident of St Christopher's Home designs and opens her own bar, invites sisters and children from the home for the opening 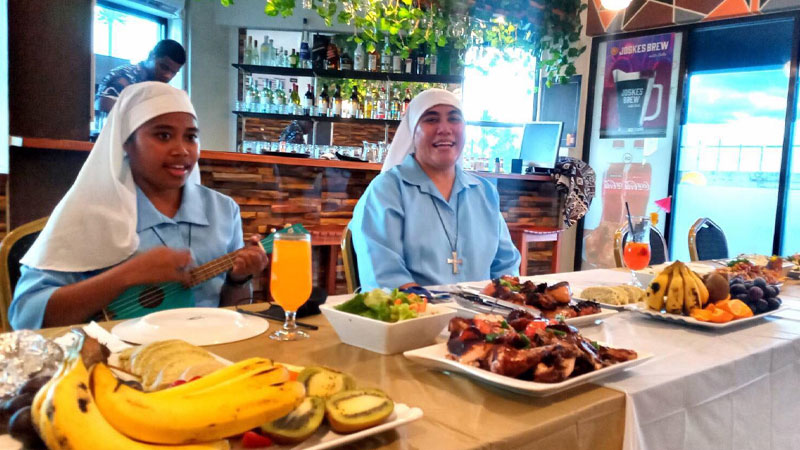 Children and sisters from St. Christopher's Home were hosted to a free dinner and mocktail during the opening of Happy Tummy Bar at Magson Plaza in Samabula, Suva by a former resident of the home.

Bar owner, Sanjana Jayrrad says she was a child of St. Christopher's Home since she was 7-years-old until she moved out to pursue tertiary education.

The 30-year-old says she has spent her childhood at St. Christopher's Home and worked her way up which is why it was important for her to honour the home for what they have done towards her upbringing.

Jayrrad says she has worked in the construction field for about years and designed the bar herself.

She adds the opening of the bar has provided employment to seven people and she invested around $70,000.

She says the bar was built in April this year before the second wave of COVID-19 and as soon as she was about to launch the bar, things took a wrong turn.

Jayrrad says her hopes are high and she would love to expand her business in the future.