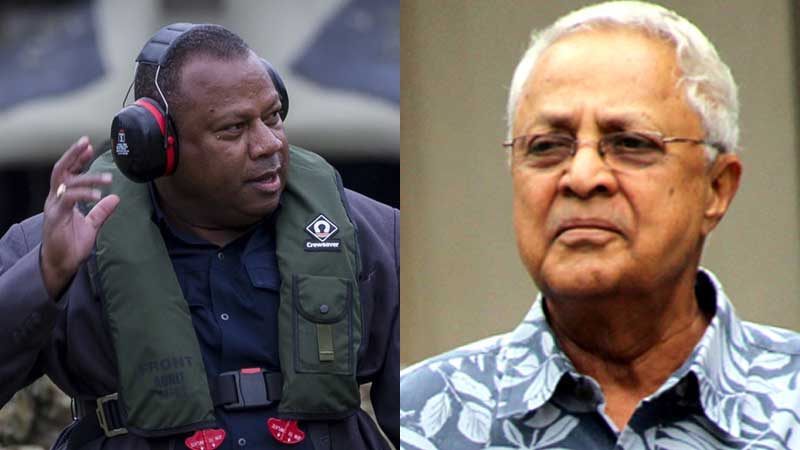 Fiji Labour Party Leader Mahendra Chaudhry has questioned why the government has not announced a cyclone relief package for victims in the North however Minister for National Disaster Management Inia Seruiratu says the government has a plan in place to help people affected by Tropical Cyclones Yasa and Ana and government will not be moved by what others say.

Chaudhry says in December 2019 Fiji signed a standby loan agreement with the Japanese Government for $US50 million for Disaster Recovery and Rehabilitation and since then we have had three severe cyclones hit the country – Harold, Yasa and Ana.

He claims yet none of this money seems to have found its way to the victims of these cyclones through a government disaster relief package.

Chaudhry says why is it that victims in the North are desperately crying out for help from the government to rebuild their homes, lives and rehabilitate their severely damaged crops.

Seruiratu stresses the immediate plan was the return of students to school and restoration of essential services which has been achieved.

He says let us not mix humanitarian work with politics.

Seruiratu says through the UN they have provided assisted farmers and fishermen and there is also assistance provided to farmers and cane farmers.

In 2019, the Governments of Japan and Fiji exchanged diplomatic notes to formalise the “Stand-by Loan for Disaster Recovery and Rehabilitation” worth up to US$50 million.

The Stand-by Loan is rapidly deployable funding of up to 50 million US Dollars at the onset of natural disaster, made available at an extremely concessional rate of 0.01% interest with a 40-year tenure, and a ten-year grace period.

This stand-by loan was introduced to promptly meet financial needs during the recovery and reconstruction period after disasters.

We have sent questions to the Permanent Secretary for Economy, Makereta Konrote. She is yet to comment.

Two senior students of a prominent school are in custody following their alleged involvement in an assault case yesterday. Police say the two stude... 44 minutes ago
LATEST NEWS

Assistant DPP Elizabeth Rice has alleged in the Suva High Court that Congo National Kiala Lusaka sent the photo of his deceased wife via Facebook to ... 59 minutes ago