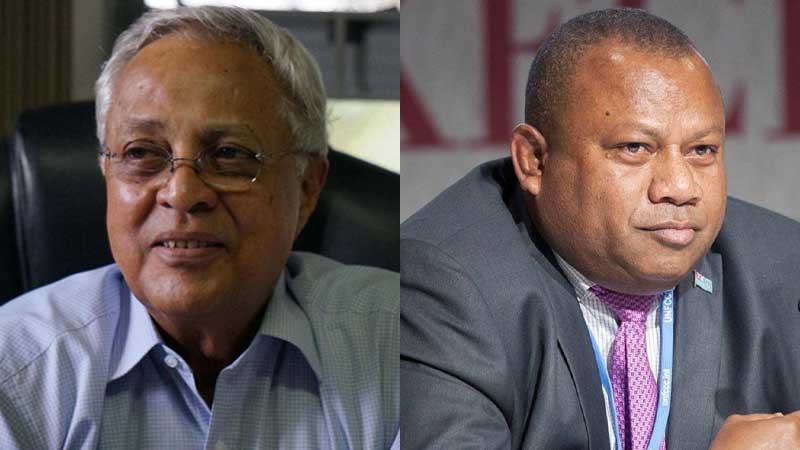 Fiji Labour Party, Mahendra Chaudhry says it is unacceptable that Minister for National Disaster Management, Inia Seruiratu does not know if victims of TC Ana and Yasa will be receiving any rehabilitation grants while Seruiratu says he has made it clear that he does not make that decision and he does not want to waste his energy on Chaudhry who had major tax issues himself.

In a statement, Chaudhry says Seruiratu must realize that majority of the families affected by TC Yasa and Ana are dependent on income from their crops.

Chaudhry is also questioning why government is differentiating between the victims of Cyclone Winston and those of Yasa and Ana and adds this is the same as treating the people of the North like step-children.

He says government has received donations from international financial institutions and has questioned where the money has gone.

While responding to Chaudhry, Seruiratu says what they will do is guided by the Disaster Management Plan.

He says there is a process to be followed and they will draw up a recovery and rehabilitation framework which will go to the National Disaster Management Council and then to Cabinet.

Seruiratu says Cabinet will decide the rest of the recovery and rehabilitation work and as a former Prime Minister, Chaudhry’s statement is irresponsible.

However Chaudhry says Seruiratu has completely strayed from the point he is trying to make and has raised issues which are irrelevant.

When questioned, Seruiratu has assured Fijians that government will never leave anyone behind and Chaudhry through his politics was not able to sort out the land issue for the farmers.