Sayed-Khaiyum yet to confirm

Sayed-Khaiyum yet to confirm 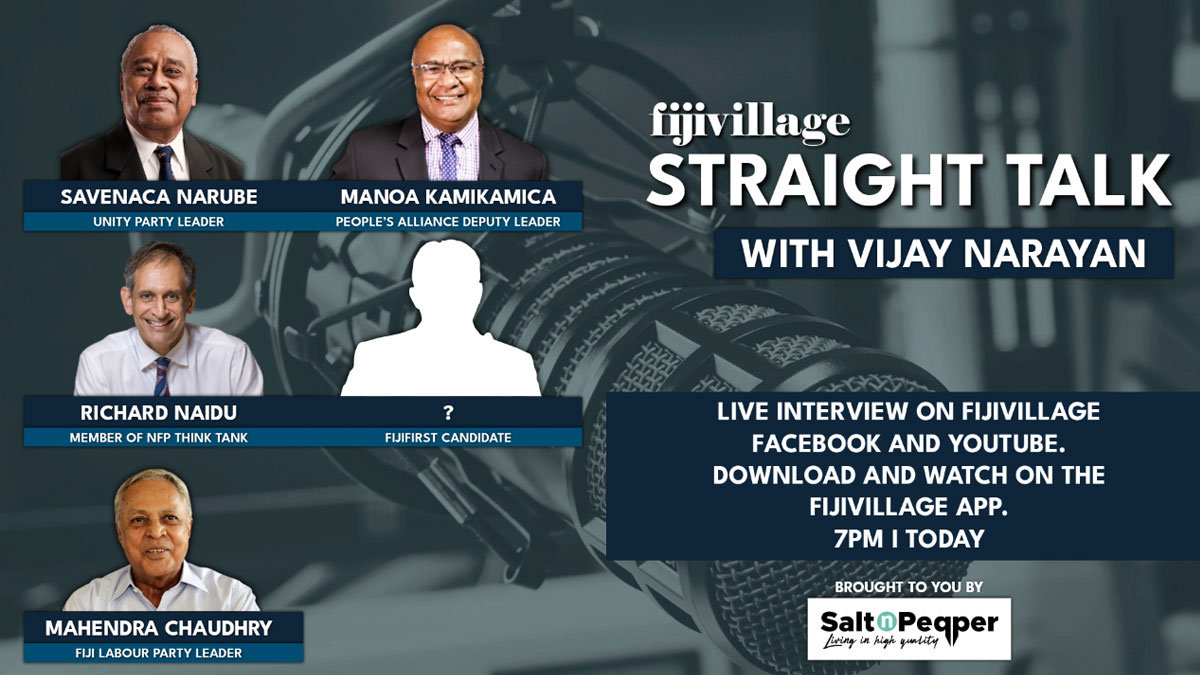 The country’s economy and how it affects the people matters to everyone.

Since it is a critical issue for Fiji, a special fijivillage Straight Talk with Vijay Narayan will take place with representatives of political parties at 7pm tonight.

Invitations were sent to the concerned parties from early November and we have continued to follow up to get the confirmations.

SODELPA has decided not to participate as their leader is in Nadroga, and the nominated SODELPA candidate, Joela Cama has been withdrawn.

NFP Leader, Professor Biman Prasad is in the North but has nominated NFP's Leading member of their Think Tank, Richard Naidu to attend.

We are still awaiting a confirmation from FijiFirst General Secretary, Aiyaz Sayed-Khaiyum.