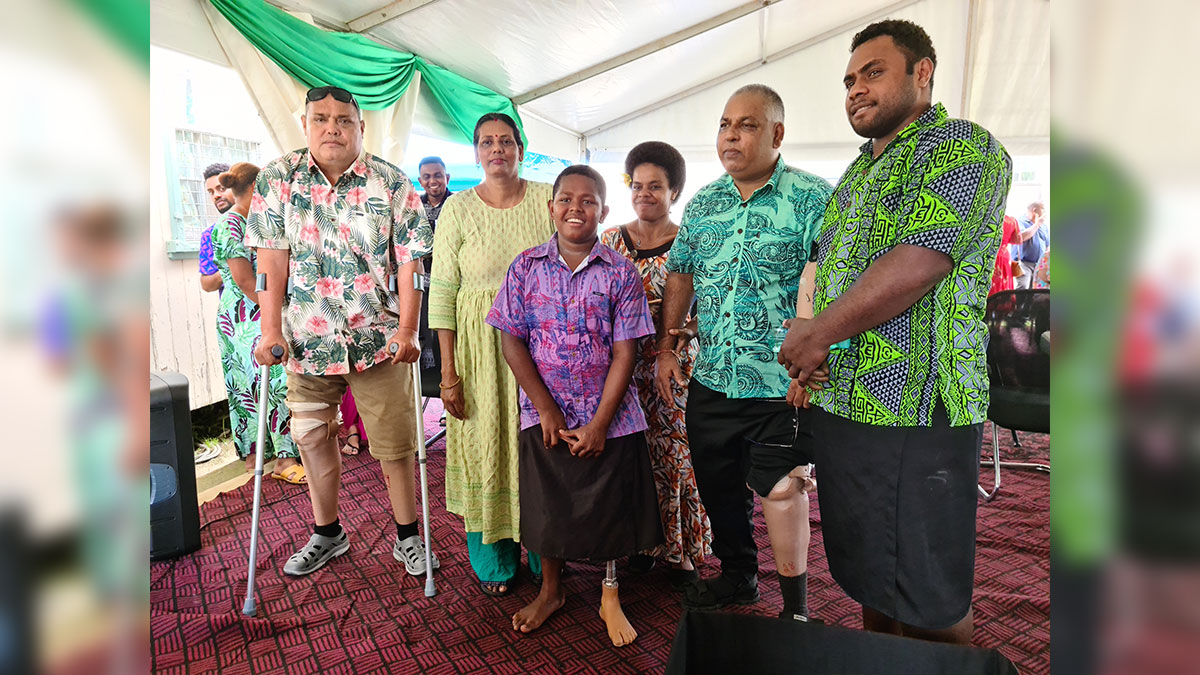 Some of the many recipients of the Jaipur Foot Camp In Fiji. Viliame Cegumalua [Far right].

Viliame Cegumalua says his confidence has just been boosted and he is ready to go out and look for a job after receiving a new prosthetic arm this week.

Cegumalua is 1 of the 636 recipients of the Jaipur Foot Camp In Fiji which is a collaboration of the Ministry of Health and Bhagwan Mahaveer Viklang Sahayata Samiti, Jaipur in conjunction with the Government of India and the Australian Department of Foreign Affairs and Trade.

Cegumalua had his arm amputated below the elbow after a workplace accident in 2017.

He says since then he has been unemployed, not from his lack of trying.

He says that when he lost his arm his family took it really hard especially his mother but now they are over the moon.

Cegumalua says that a family member alerted him to the Jaipur specialists arrival in the country.

On advice to others that are in the same situation that he was in Cegumalua had this to say.

Meanwhile Prime Minister Voreqe Bainimarama who was the chief guest at the inaugural ceremony acknowledged the fact that 636 Fijians will be receiving free artificial limbs from this partnership which includes 164 above knee amputees, 447 below knee amputees, 15 below elbow, and 10 bilateral lower limb amputees.

Bainimarama says for these patients, life is about to change dramatically as a professionally fitted prosthetic can boost feelings of self-esteem, self-worth, and dignity provide hope for a brighter future, counter feelings of depression and raise the standard of living for people living with a disability.

He says to him, that is priceless as they will also regain much of their independence and be productive within their homes and communities while many will be able to return to work to continue earning a living for their families and contribute to the Fijian economy.