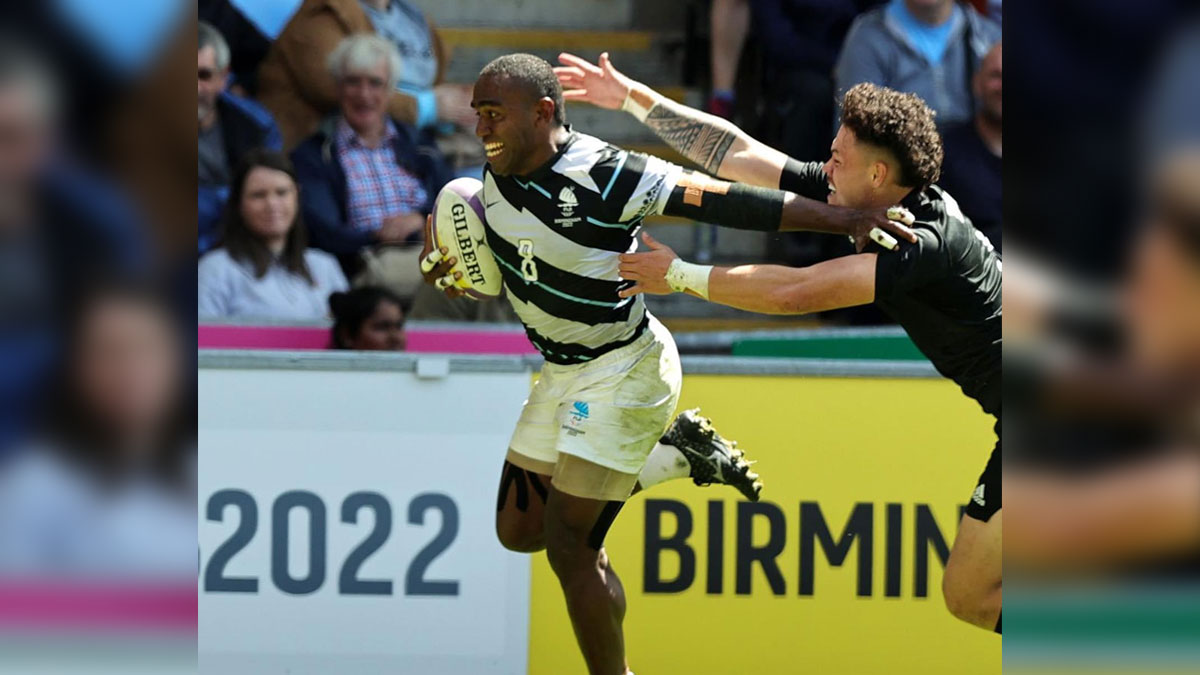 Skipper Waisea Nacuqu on his way to score the winning try.

Fiji Men’s Sevens Captain, Waisea Nacuqu, sprinted 75 metres to score in extra time, and keep Fiji’s hunt for a gold medal alive as they beat New Zealand 19-14 in the semi final at the Commonwealth Games.

In a hard fought semi final against traditional rivals, New Zealand, Fiji found themselves down 14-0 in the dying seconds of the first half, before Filipe Sauturaga ran in their first try after intercepting the ball off the base of a New Zealand scrum inside their own half, taking them to 14-7 at half-time.

Sevuloni Mocenacagi scored their second try 4 minutes into the second half and Nacuqu added the extras as Fiji drew level, setting up an arm-wrestle for the remainder of regulation time.

Despite not being able to capitalise on a two-man advantage at the end of the second half, Fiji’s heroic captain stepped up to the occasion in extra time, receiving a beautifully timed offload from Maqala inside their own 22’and ran the length of the field to score in the corner and secure a ticket to the gold medal match later this morning.

Fiji recorded a yellow card to Kaminieli Rasaku in the first half, while New Zealand saw two sin bins to Leroy Carter and Akuila Rokolisoa late in the second half. 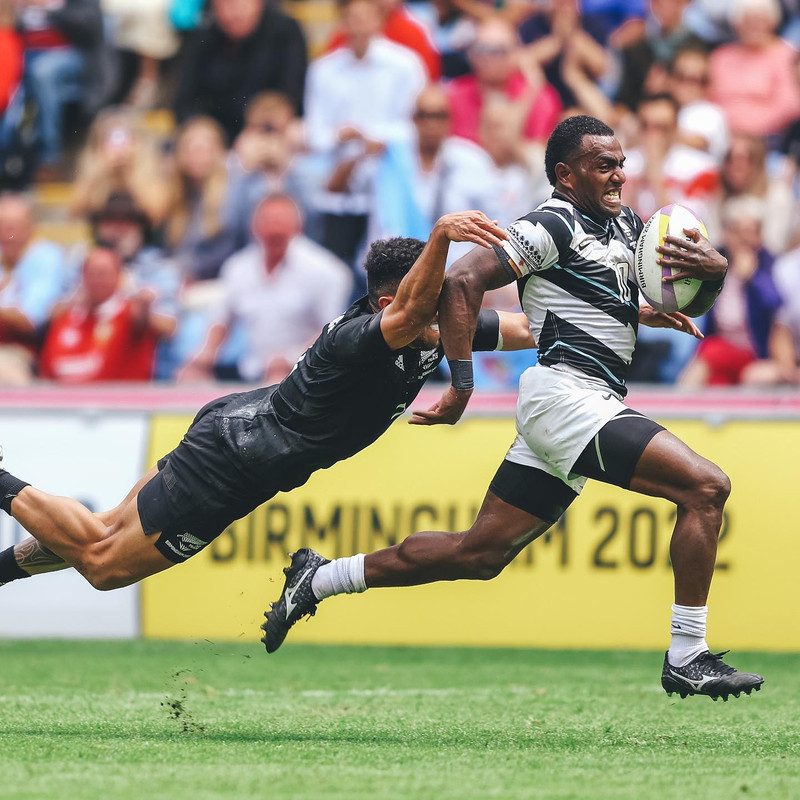 Fiji will meet South Africa in the men’s gold medal final at 8.04am