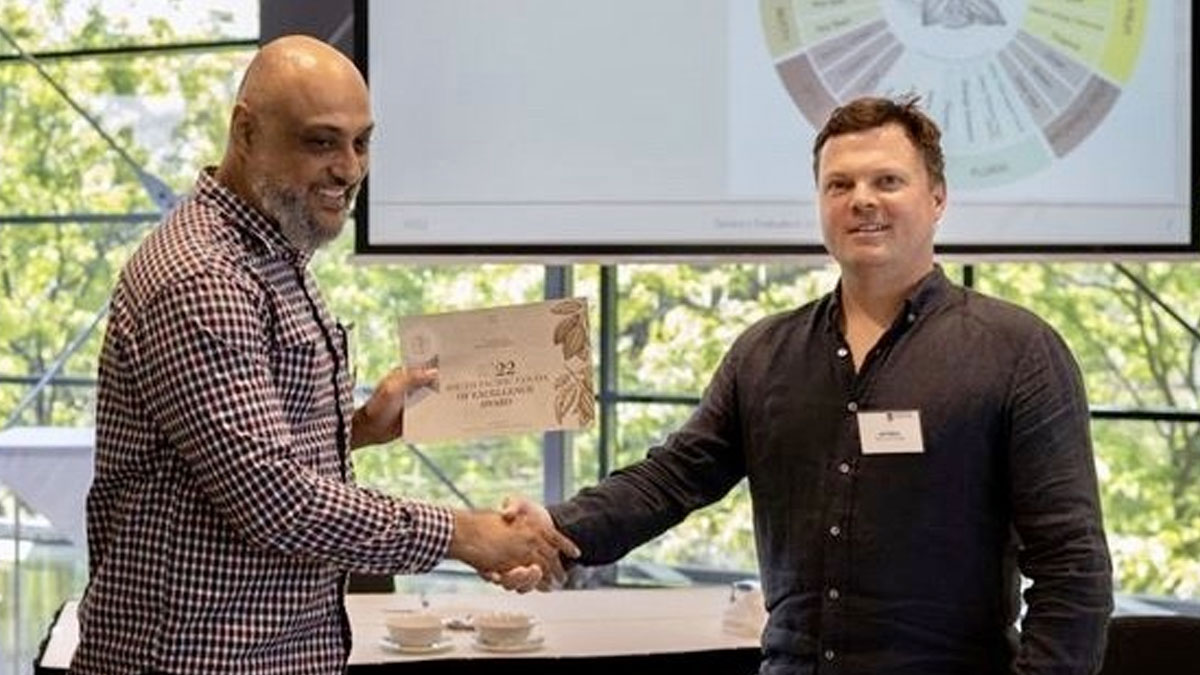 Cacao Fiji won a silver recognition for the inaugural 2022 South Pacific Excellence Award held in Adelaide, Australia while the gold and bronze was awarded to Samoa.

The competition organized by the Australian Centre for International Agricultural Research is to help the Pacific cocoa growers by creating their own regional cocoa competition and discovering the amazing cocoa quality in the Pacific.

The competition also had cocoa submissions from neighbouring South Pacific countries such as Samoa, the Solomons and Vanuatu.

The objective of the awards is to give cocoa farmers a platform to showcase their work to a panel of experts, study the genomic profile of the South Pacific and showcase to the Australian consumers and international markets.

Founder of Cacao Fiji Arif Khan says there is some excellent research and growth of the fine cocoa industry in Cairns, Australia as they are seeing some great results after a decade of hard work.

He says the cocoa trees are fruiting in 18 months and with the study of genes, it is a great combination of high yielding fruits with flavour and aroma.

He says they have a great opportunity to build a similar industry but need passionate drivers that has been lacking and hoping that will now change with a Fiji delegation from Ministry of Agriculture and the Statistcal Process Control.

Earlier this year, Cacao Fiji won gold at the Pacific Cup and the consistency is a testimony of the unique Fijian chocolate flavours that is appealing worldwide.

Arif says craft chocolate is growing whereby Fiji origin cocoa has got the recognition but we need to work together to revive the industry through well over a thousand small holder farmers producing approximatly 500 metric tonnes of fine cacao and is possible via a wet bean buying program and fermenting centrally that was a successful model operated by the National Marketing Authority.

He says the demise of the industry was that they were exporting to the bulk market but now they will export to craft chocolate makers that will be at a premium pricing.