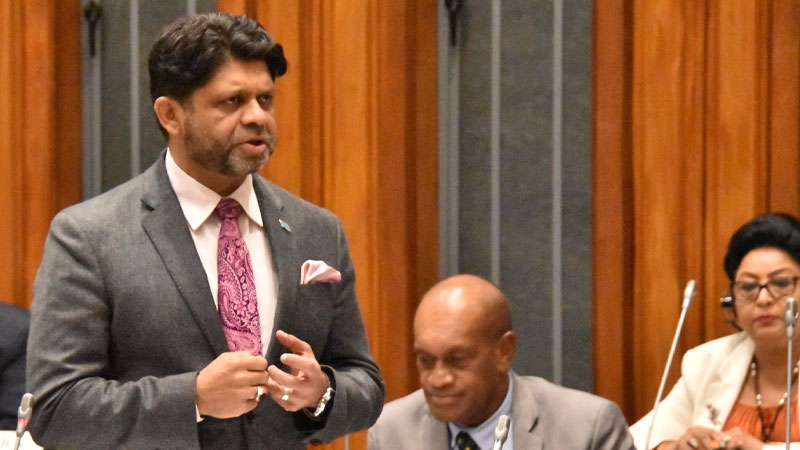 Minister for Economy Aiyaz Sayed-Khaiyum says the Fiji Bus Operators Association is not telling the public that they can go through the Fijian Competition and Consumer Commission to ask for a bus fare increase.

He says in fact, the Fiji Bus Operators Association has a meeting with the FCCC next Tuesday because they have asked for a fare rise.

In his right of reply during the Revised 2021-2022 Budget debate, Sayed-Khaiyum says the Association will probably get the bus fare increase but it has to go through that independent process.

He says the Association is threatening Government and threatening Fiji that they have not done enough in the budget for the bus operators.

He says the Government is trying to ensure that there are transparent systems.

The Fiji Bus Operators Association is disappointed that no relief has been granted to them in the Revised Budget to help the industry remain afloat during a time when the cost of doing business has increased substantially.

In a statement, they say if no further relief is offered, bus operators will reluctantly have to consider taking action to mitigate the difficult operating environment.

The Association says there will be disruptions to bus services if government is unable to assist the bus industry alleviate the impact of rising operating costs.

They are asking the public to understand the hugely difficult position the industry is in and bear with them during this time.

The Association says they had hoped that in the absence of a bus fare increase, at least duty free fuel would be granted to bus companies.

They say the removal of the 20 cents fuel tax is meaningless since fuel price is expected to increase on 1st April, the day the removal comes into effect.

The Association says the Minister for Economy himself has stated that freight costs have increased all round and since bus operators are unable to pass on any of these increased costs for fuel, spare parts and lubricants, it will be immensely difficult to maintain safe and comfortable operations.

They say bus operators are meeting with the Fiji Competition and Consumer Commission next week to discuss the level of bus fares and they are hoping for a positive outcome from the meeting.

Fijian Drua centre Kalaveti Ravouvou who will make his debut for the Vodafone Flying Fijians this afternoon is relishing the opportunity to play again... 37 minutes ago
LATEST NEWS

20 people were charged with a total of 47 counts of serious sexual offences last month. Of the 20 people charged, two were 17-year-old boys who ... 46 minutes ago