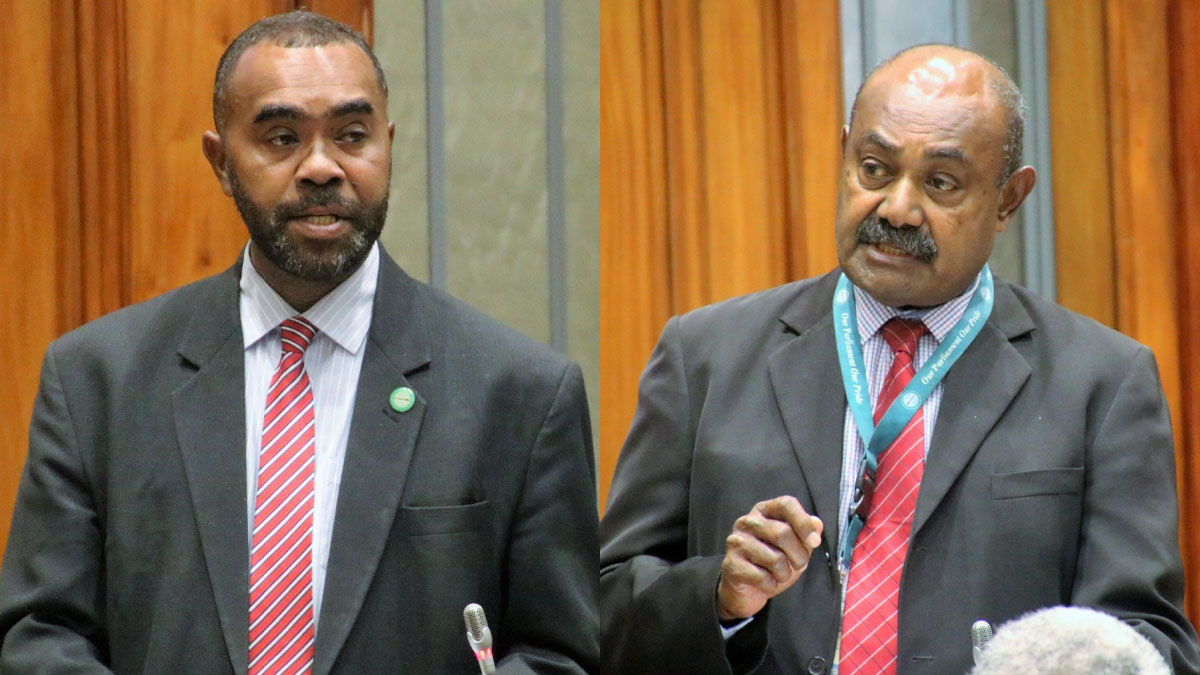 SODELPA MP Inosi Kuridrani told Parliament that the Opposition stand is to criticize the budget and if party member Mosese Bulitavu does not, he should cross over.

Kuridrani highlighted this when he raised a point of order as Bulitavu was responding in support of the 2022/2023 National Budget.

Bulitavu says some of the initiatives and programs highlighted in the budget should be commended as they will assist people during these challenging times.

He says initiatives such as the lifting of the bechedemer ban, the inflation mitigation package, the first home buyers grant, the first land grant program and a 10% reduction in the bus fare will assist Fijians.

He adds many opportunities are available through the budget that will assist people and bring more money into their household income and also more food on the table.

The SODELPA MP says the budget will also ensure landowners move away from only becoming passive land providers and receiving leases but also becoming developers.

He adds this will empower iTaukei landowners, improve their economic status and accelerate them in the business sector.

Kuridrani raised a point of order, saying that Bulitavu is being irrelevant as they are Opposition members and they have the chance to criticize the budget.