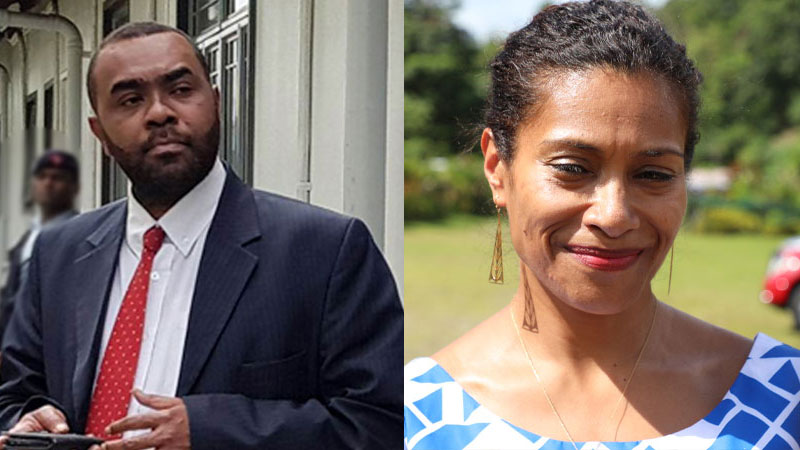 SODELPA parliamentarian Mosese Bulitavu claims that Lynda Tabuya resigned from SODELPA on the 7th of this month to save face as she was going to be removed as the Opposition Whip however Tabuya has stated that she resigned after hundreds of thousands of her supporters in Fiji and overseas expressed their disappointment and disillusionment with the current state of the SODELPA leadership.

Bulitavu says he called for a change in the Whip on 15th December last year and had asked for that to be part of the next caucus agenda.

He claims that Tabuya allegedly tried to replace SODELPA MPs who were not in standing committees in exchange for support and votes for the petition to remove SODELPA Leader Viliame Gavoka and General Secretary Lenaitasi Duru in the SODELPA Management Board.

Fijivillage reached out to Tabuya for a response on the 11th of this month. She has still not responded.

We also reached out to the People's Alliance Party Communications Team for a response from Tabuya.

There has been no response.

Bulitavu told fijivillage that he is raising this issue because it is an election year and leaders that do not tell people the truth do not deserve the mandate of the people.

He says he is a person of principle and anyone that holds a position should follow the rules.

Bulitavu says he wants to stress that this is not personal for him and it has nothing to do with Tabuya being a woman. While announcing that she was joining Sitiveni Rabuka's People's Alliance on the 7th of this month, Tabuya said that she was leaving SODELPA with a clean heart.

She had said that all issues with SODELPA were now behind her and she was focusing on winning the election with the People's Alliance.

Tabuya is the former SODELPA Whip in parliament.

She was also the former SODELPA Nasinu Constituency President.

Fiji vs Spain 1' Kick off by Waisea Nacuqu 0-0 1' Spain now in possession... 8 minutes ago
LATEST NEWS