Bulanauca and Nawaikula made misleading remarks in parliament - Minister for Forestry

Bulanauca and Nawaikula made misleading remarks in parliament - Minister for Forestry 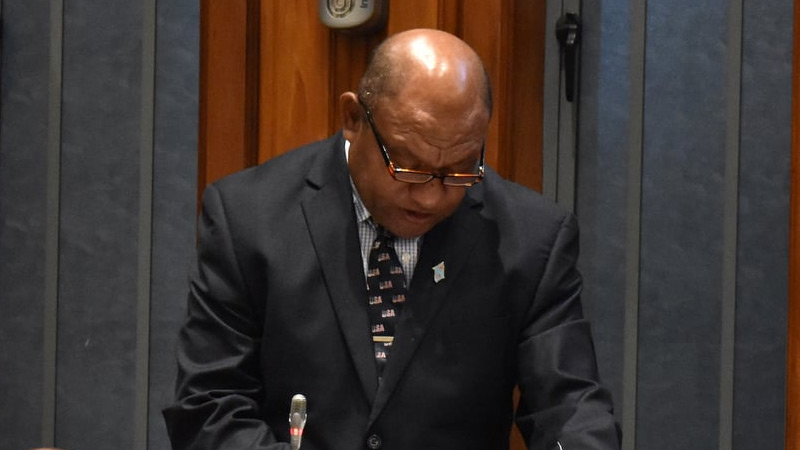 Minister for Forestry Osea Naiqamu has clarified that the Fiji Hardwood Corporation Limited had increased their mahogany production to 19,801 cubic metres rather than the 15,000 cubic metres highlighted by SODELPA MP Mitieli Bulanauca.

While speaking during the 2020/2021 National Budget debate, Naiqamu says that Bulanauca’s statement on the mahogany industry was not only misleading but also irresponsibly misguiding the mahogany landowners.

He says Bulanauca obviously plucked his figures from thin air.

He further says that Bulanauca also misquoted the reforestation figures where Fiji Hardwood Corporation has replanted over 4,000 hectares and not 509 hectares of mahogany.

The Minister also says that SODELPA MP Niko Naiwaikula had made general and misplaced remarks on the budget as not being a stimulus for the primary industries.

He says it is highly irresponsible of the Members of the Opposition to misinform parliament and the nation.

He further says the truth is that the Fiji Hardwood Corporation Limited has always empowered landowners in numerous ways, including especially economically, by meaningfully engaging them in both harvesting and reforestation of mahogany leased land.

Naiqamu also commended the work of the Minister for Economy and his team on putting together a smarter and responsive budget.

He says the new budget will enable them to assist Fijians that have lost their houses due to TC Harold and $1.5 million have been allocated for the maritime pine development and the purchase of harvesting machines and equipment.

The Minister says they are working in collaboration with other agencies to start re-building houses up to category 4 cyclone standard and this is the commitment the government is making to the people.