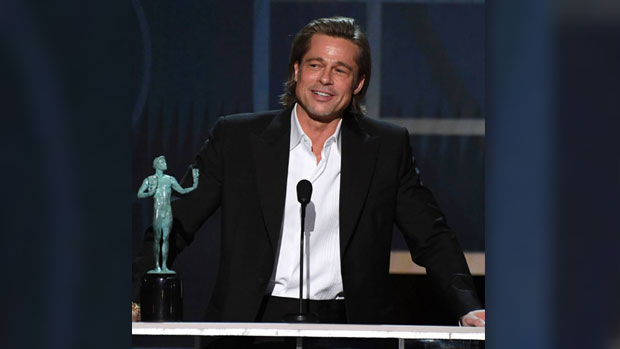 Brad Pitt received The best male supporting actor award and his speech was filled to the brim with jokes both self-deprecating and otherwise.

Another look at Brad Pitt watching Jennifer Aniston winning her statue for #TheMorningShow at the #SAGAwards pic.twitter.com/Wg6vQm8Q1z

Aniston later won the best actress in a drama series for her role in AppleTV's The Morning Show and gave an impassioned speech in which she thanked a number of her peers and colleagues, including Adam Sandler, who received zero nominations for his Critically lauded performance in Uncut Gems.

Brad Pitt was later seen watching her win her award. They met up backstage after each of their wins, congratulating each other for their successful nights.