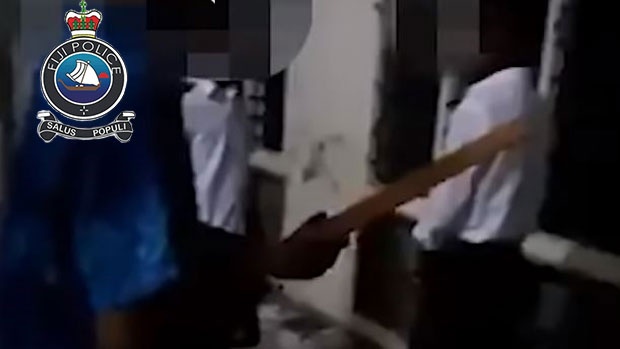 Screen grabs from the brutal assault video that went viral on social media.

Three juveniles have been charged in relation to the alleged assault of a student that surfaced via a video posted on social media while investigations continue to locate a fourth suspect who is yet to be questioned.

Police say two of the accused are former students of the boarding school and are both aged 17 years and the third accused also a former student is 15 years old.

The three have been charged with assault causing actual bodily harm and will be produced in the Sigatoka Magistrates Court today as there are no court sittings in Nausori and Suva.

The disturbing video which was widely being circulated shows a group of students taunting a student who is in uniform and they are then seen repeatedly hitting him with a piece of timber, punching him up several times and swearing at him in the iTaukei language.