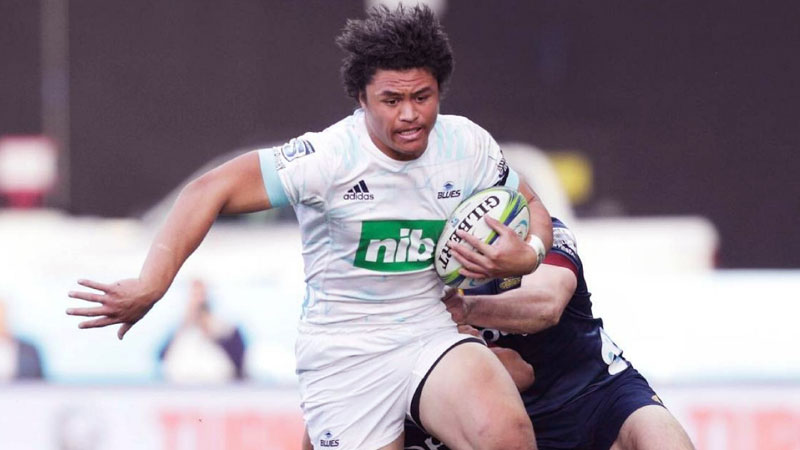 The Blues have moved to within touching distance of the Crusaders at the top of the Super Rugby Aotearoa ladder, claiming a 32-21 bonus point victory over the Highlanders in Dunedin.

The Blues got off to a flying start as they looked to stay in touch with the Crusaders at the top of Super Rugby Aotearoa, with Akira Ioane and Finlay Christie both crossing over for tries in the opening 10 minutes.

The Highlanders proved once again they weren't going to go down without a fight, a converted try to Ash Dixon and penalty to Josh Ioane bringing the hosts back to within two points of the Blues.

While the first half saw an even contest between the two sides, the second spell truly saw the Blues take the upper hand, as Christie's second try of the afternoon, and a penalty to Beauden Barrett put the visitors up 32-16.

From there, the Blues wouldn't give up their lead, going on to seal a bonus point victory to keep their Super Rugby Aotearoa title hopes alive, despite a yellow card to Sione Mafileo.

The Blues are now just two points behind the Crusaders on the Super Rugby Aotearoa ladder, albeit having played a game more.

A Crusaders' victory over the Highlanders in Christchurch next week will guarantee the reigning champions their fourth straight title.