Blitzboks looking for redemption at the Dubai 7s

Blitzboks looking for redemption at the Dubai 7s 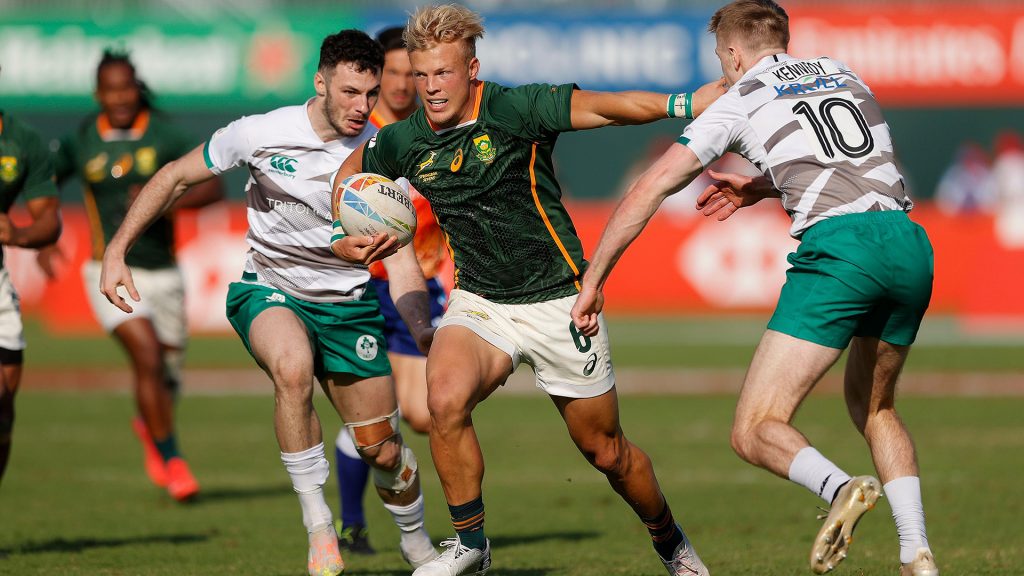 The South African Men’s 7s side is looking to redeem itself at the Dubai 7s this weekend.

The Blitzboks finished 7th in the first tournament last month, and Captain Siviwe Soyizwapi is adamant that they are better than that.

He says they know they have not lived up to the standards, not only for themselves but their supporters as well and the nice thing is they get another chance to redeem themselves this weekend.

Soyizwapi says they are focused on the areas they can control, and the squad is on the same page about their objectives in Dubai.

South Africa is in Pool A with Australia, Great Britain and Kenya.

Meanwhile, the Fiji Airways Men's National 7s side will meet Uruguay at 7.22pm tomorrow in their first match, they will face New Zealand at 10.11pm tomorrow and play Argentina at 4.05am Saturday in their final pool match.