It seems they know where each others’ tails are, that is why they are getting into this tail business – Prof. Prasad

It seems they know where each others’ tails are, that is why they are getting into this tail business – Prof. Prasad 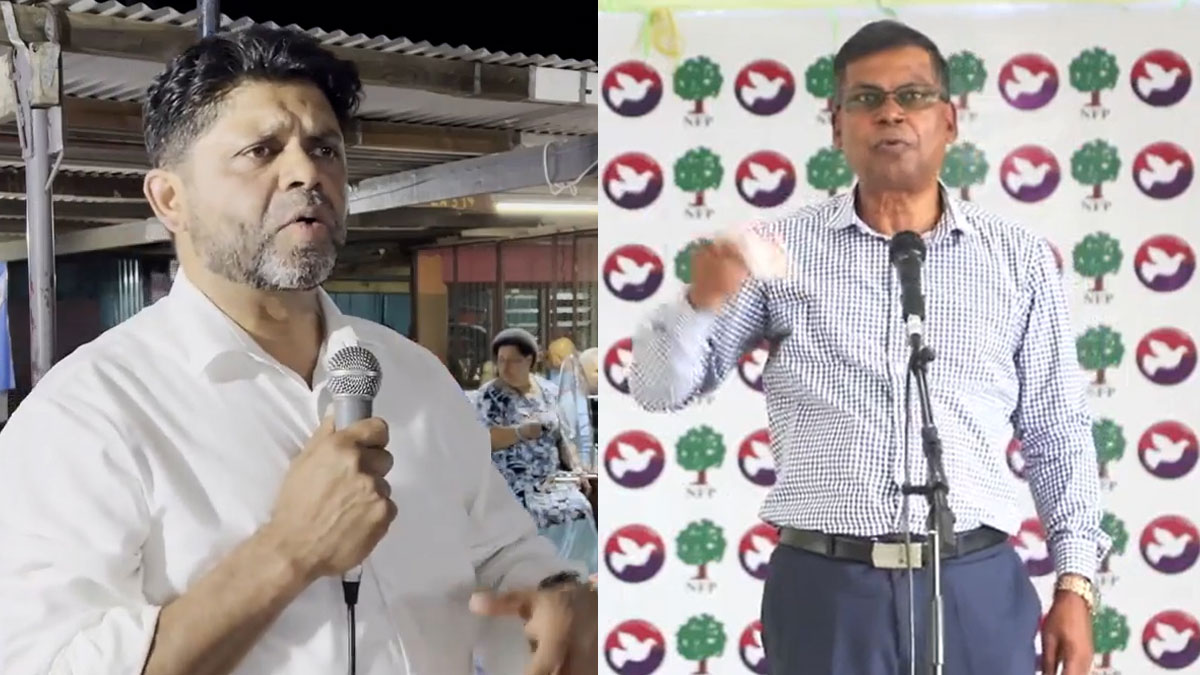 FijiFirst Party General Secretary, Aiyaz Sayed-Khaiyum says National Federation Party Leader, Professor Biman Prasad wants to get a black vehicle with red lights at any cost, and he has asked people to look at Prasad’s behaviour.

While speaking in the Hindustani language during a party rally in Labasa, Sayed-Khaiyum says Prasad is holding onto People’s Alliance leader, Sitiveni Rabuka’s tail.

Sayed-Khaiyum says he is not saying it lightly but they do not have any policies.

He says they are saying do not talk about the past but the past forms the present and if you do not solve the issues in the past you will never be able to progress in the future.

While responding to Sayed-Khaiyum’s comments, Professor Prasad says Sayed-Khaiyum may not have set foot in a landcruiser or a Prado, let alone owning it when Prasad got his landcruiser.

He says Sayed-Khaiyum should be asked if he is holding FijiFirst Leader, Voreqe Bainimarama’s tail or is Bainimarama holding his tail.

Professor Prasad says it seems they know where each others’ tails are and that is why they are getting into this tail business.

Prasad says NFP, since 1994 has had a relationship of trust with Rabuka and that is continuing under this partnership. The NFP Leader further says when Sayed-Khaiyum talks about policies he forgets that he has copied NFP policies in the last 8 years.

He says all they are saying is that they have a plan and he asks what is it.