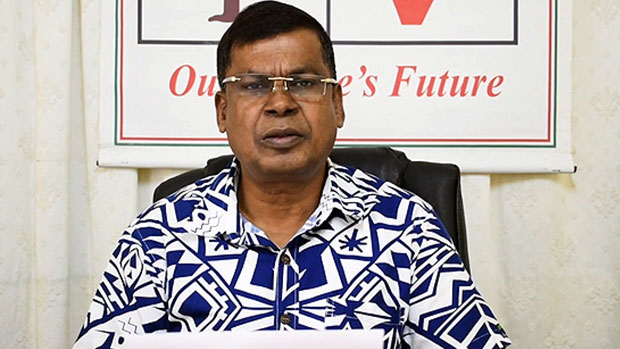 National Federation Party Leader Professor Biman Prasad says the Ministry of Education has a lot of explaining to do after recent cases of bullying.

A video is also being circulated online showing a student of a boarding school in Tailevu being brutally assaulted.

Prasad is questioning if any teacher or Head of School especially in respect of senior students/prefects punching, slapping and hitting a young student with a piece of timber, was made aware of the incident and if it was reported to the Education Ministry.

He is asking if the matter was reported, what action did the Ministry take.

Prasad says the Minister for Education must clearly tell the people how the Ministry plans to enforce the zero-tolerance policy on bullying on schools because it is clearly not working.

He adds the Ministry must get to the root of the problem as to why students think they can become a law unto themselves.

Prasad adds that they are also shocked to read a report stating that the Education Ministry described the bullying of a student at a Suva school as accidental when evidence clearly shows it wasn’t.

Prasad also says that it is a matter of wonderment that Police are only acting after videos surfaced on social media.

He says we have had enough of lawlessness and thuggery in this country for the last 13 years.

Prasad further says the last place one would want to experience it is in our schools.

He says bullying and brutality in schools is another indication of the social and moral decay in our society.

He says the NFP was aghast after witnessing the incidents of bullying that are in fact students being victims of brutality.

A 24-year-old man who was captured on video punching another man several times at a worksite in Navua last week has been charged with one count of ... 44 minutes ago

Health Ministry’s Permanent Secretary says schools will remain closed. While responding to a question about the reopening of schools, Dr James ... 54 minutes ago