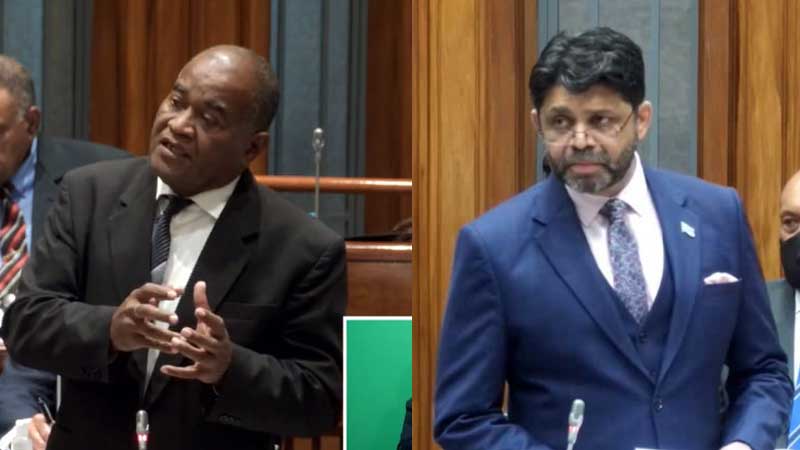 SODELPA MP Niko Nawaikula says the Electoral Registration of Voters Amendment Bill, the Interpretation Amendment Bill and the Births, Deaths and Marriages Amendment Bill are totally unnecessary and all this is merely to save face for the Attorney General, Aiyaz Sayed-Khaiyum and the Supervisor of Elections as they lost their case against him and could not appeal however Sayed-Khaiyum says Nawaikula is misleading parliament.

Nawaikula says they are now being asked to do something that is personal to the Attorney General.

Nawaikula says this is not the first time as the USP saga was also personal to the Attorney General who dragged the whole nation and an all institutions in the parliament.

The SODELPA MP then said the Attorney General, Aiyaz Sayed-Khaiyum has used the FijiFirst Government and the native MPs of his party to terminate the Great Council of Chiefs and nationalised institutions like the provincial councils and ITaukei Land Trust Board for ideology to remove ethnicity. Nawaikula also claimed Sayed-Khaiyum hates the native people and their rights.

Minister for Commerce, Trade, Tourism and Transport, Faiyaz Koya then raised a point of order saying Nawaikula is personalising the issue.

In his right of reply, Sayed-Khaiyum said that he wanted to address the racist comments made against him and he stated he is married to SODELPA Leader, Viliame Gavoka’s daughter who is an iTaukei and Nawaikula is saying that he hates his wife. Nawaikula then raised a point of order and withdrew his comment.

Meanwhile, Nawaikula says the Chief Justice was clear in his ruling and only interpreted the law which was made by this Government. He says soon after losing the case, the Attorney General blamed the solicitors that they did not make submissions on the fairness of elections and also claimed those were the shortcomings.

Nawaikula says the amendments brought before the parliament does not say that it has been brought for the elections to be free and fair.

He goes on to say that this has not been stated in the amendments because it will show the elections of 2014 and 2018 will be unfair.

In response, Sayed-Khaiyum says Nawaikula has misled parliament as the court did not consider the fairness or otherwise of the elections and simply looked at the particular provision in the law and did its interpretation.

He says modern day states are constantly looking at how to make the system better and that’s what it is about.