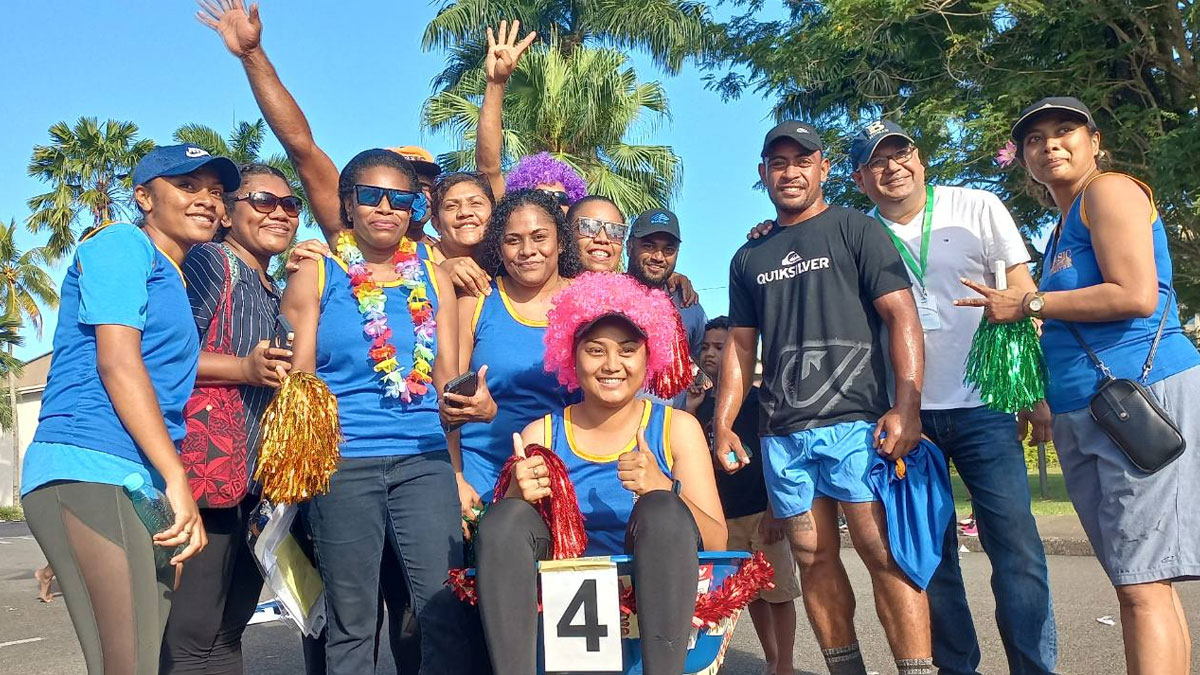 The winners of the Bara Battle, Basic Industries Company Limited

12 teams battled it out at the Great Bara Battle this morning at Albert Park, to raise funds for the Frank Hilton Organisation

The winners of the Bara Battle, Basic Industries Company Limited Secretary, Leena Dass- Mario says this is the first time they have competed in the race and they had only three days to practice.

She says they have so much joy in winning the battle for the first time.

She adds their CEO Ritesh Dass had sponsored and put $5,000 to donate to charity and they are looking forward to participating again next year with more experience.

The battle is an annual fundraiser that raises funds for services offered to children with disabilities in Fiji.

Participants had to carry their team members in wheelbarrows for 3 rounds around the park and they also walked and jogged amongst their teams.

Meanwhile, Community Support and Marketing Officer for the Frank Hilton Organisation Ashna Kumar says the funds raised will be put towards speech therapy, physiotherapy, audiology services, positive behaviour and the support of families in the wider determinants of health and well-being.

She adds this is one of their biggest fundraisers and is aiming to raise more than $300,000 which is just a portion of the funds they need to run the services for free.

She says there are two events for the Bara Battle which are the physical race and the virtual race of the similar sort that will be launched during the awards.

Kumar says the race goes on their virtual platform for all their supporters who are overseas or around Fiji and they can participate and raise funds for them.

She adds the virtual race ends on the 27th of this month.

The Deputy Prime Minister and Minister for Finance, Professor Biman Prasad has met with the Indian External Affairs Minister Dr. S Jaishankar in ... 40 minutes ago

Landowners are not forgotten and their concerns are a priority that needed to be addressed. This has been highlighted by the Minister for ... 43 minutes ago

As people always look for better opportunities and living standards, no recognition and lack of reward contributes to the issue of labor brain drain ... 45 minutes ago