Bainimarama’s comment is just a figment of his imagination – Chaudhry

Bainimarama’s comment is just a figment of his imagination – Chaudhry 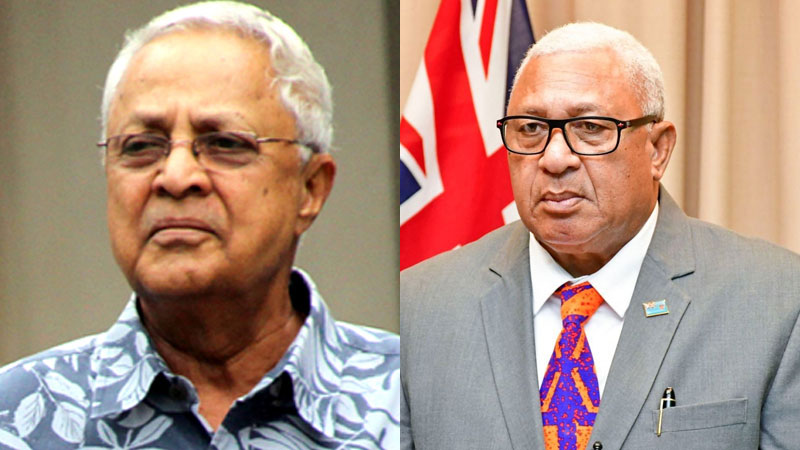 Fiji Labour Party Leader Mahendra Chaudhry says Prime Minister Voreqe Bainimarama’s comment at the Lau Provincial Council meeting that his government had managed the economy better than any government in Fiji’s history is just a figment of his imagination.

While speaking at the meeting, Bainimarama said Fiji is once again on the move as a nation and we have arrived at this point because we never panicked or lost our way.

He says they had a plan and now under a steady hand of economic management, they are poised for double digit economic growth in 2022.

Bainimarama says we all know that a strong economy means government can do more to help the people which is why he values proven economic expertise on the team he leads.

The Prime Minister adds this is why they have managed the economy better than any Fijian government in history.

In a statement, Chaudhry says Bainimarama is forgetting that even prior to the COVID-19 crisis, the FijiFirst Government had been forced to slash its 2019-2020 budget by a massive billion dollars.

Chaudhry says Bainimarama was told that his government’s borrowings were unsustainable and that it must cut down on spending to reduce fiscal deficits.

The FLP Leader says what better example can there be of the mismanagement of the economy than this.

Chaudhry says it had become quite apparent by then that Bainimarama’s government was surviving on excessive borrowings.

He says in contrast, the Labour-led government in 1999 posted a 9.6% growth in just one year in office and that came from the productive sectors of the economy.

Chaudhry says in the 1970s and 1980s, the Ratu Mara government showed steady growth averaging at about 3% per annum.

He says Bainimarama also forgets that his own Sugar Ministry has shown a sharp 50% decline in production ever since he took over the portfolio.

We have sent questions to the Prime Minister regarding the comments made by Chaudhry. He is yet to respond.

The Deputy Prime Minister and Minister for Finance, Professor Biman Prasad has met with the Indian External Affairs Minister Dr. S Jaishankar in ... 25 minutes ago

Landowners are not forgotten and their concerns are a priority that needed to be addressed. This has been highlighted by the Minister for ... 27 minutes ago

As people always look for better opportunities and living standards, no recognition and lack of reward contributes to the issue of labor brain drain ... 30 minutes ago