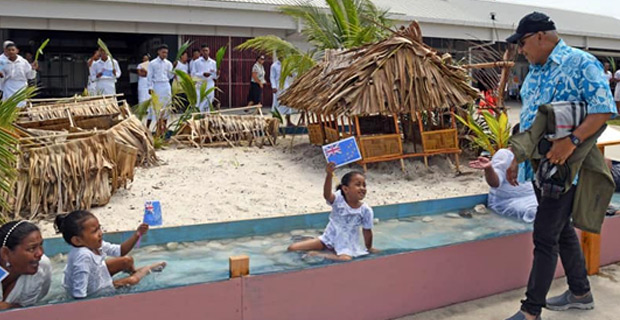 Bainimarama was received by the Prime Minister of Tuvalu Enele Sopoaga and was greeted with a warm reception. Bainimarama is returning to the Pacific Islands Forum for the first time in many years.

The Prime Minister was greeted with a powerful demonstration of children sitting submerged in the sea around their island home and singing a specially composed “Save our Tuvalu, Save the World” song. Climate change will be the main issue of the meeting, along with economic development, maritime security and marine pollution.