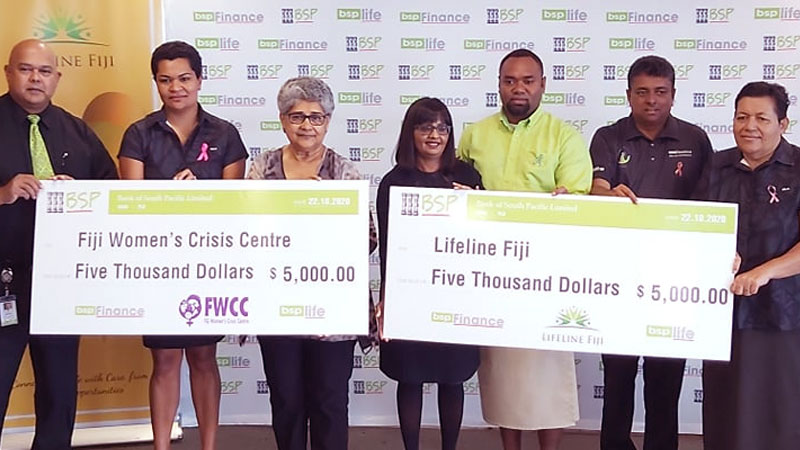 Members of Lifeline Fiji, FWCC and BSP at the cheque handover today.

Bank South Pacific Fiji Group made a donation of $5,000 each to the Fiji Women’s Crisis Centre and Lifeline Fiji today.

BSP Head of Branch Network Kamini Mani says they hope the money will be used to help as many victims as possible who seek support from the two organisations.

She says in July, BSP Group CEO Robin Fleming announced that the BSP Group comprising of staff in Fiji, PNG, Tonga, Samoa, Solomon Islands, Vanuatu, Cook Islands, Cambodia and Laos would observe #BlackThursdays which has been an initiative demonstrating their stand against family and sexual violence and gender-based violence.

Mani says as the largest banking network in Fiji and the Pacific with over 2,500 staff, wearing black every Thursday demonstrates their solidarity.

She says as they serve their customers every #BlackThursdays, they want to make a statement and hope to encourage them to take a stand on these issues.