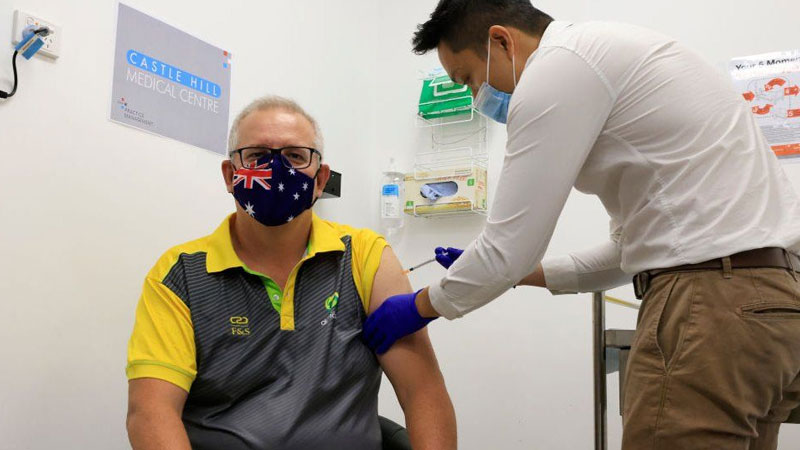 Australian Prime Minister Scott Morrison has received the coronavirus vaccine as the country prepares to start vaccinations this week.

His jab was televised today in order to help boost confidence in the vaccine rollout across Australia.

Vaccinations officially begin tomorrow and at least 60,000 doses are expected to be administered next week.

Small crowds of anti-vaccination demonstrators gathered to protest against the launch.

The first vaccinations in Australia will be the Pfizer vaccine which has been approved for use.

Australia's medical regulator earlier this week also granted provisional approval for the vaccine developed by AstraZeneca and Oxford University, which is expected to be rolled out next month.

Both vaccines have undergone extensive safety checks and are already being used in several countries.