Australia provides $19.7 million grant for the reconstruction of 9 schools damaged by TC Yasa in the North

Australia provides $19.7 million grant for the reconstruction of 9 schools damaged by TC Yasa in the North 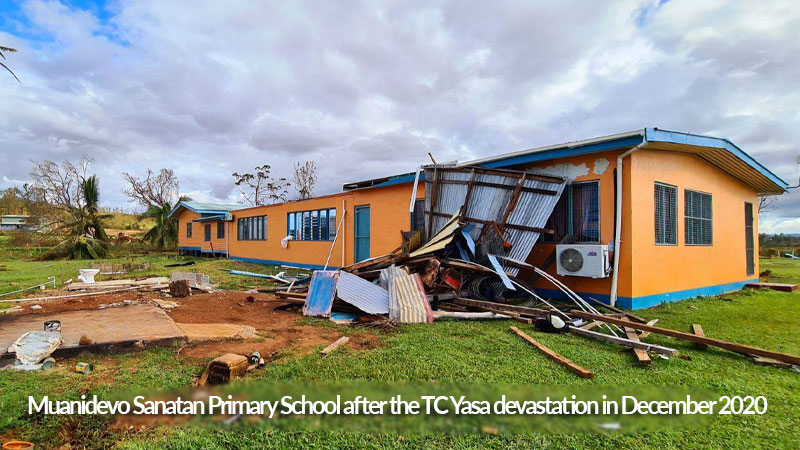 There is good news for students in the Northern Division whose schools were damaged by Tropical Cyclone Yasa as the Australian government is providing a grant of $19.7 million for the reconstruction of nine schools.

Minister for Education, Rosy Akbar says the grant is specifically for the reconstruction and rehabilitation of these schools.

She says almost all of these schools have been quickly fixed to ensure that when students return to school, they go back to a conducive learning environment while the rebuilding of the schools takes place.

The Minister says they are not merely going to rebuild the schools to how they were but will build it to be climate resilient and cyclone proof.

She adds they appreciate the trust shown by the Australian government in the Fijian government’s internal system and processes for repurposing its development finance to provide this direct budget support.

Akbar says the implementation will be managed by the Australian government through the project support facility run by an independent third party and the Ministry of Economy’s Construction Implementation Unit who will be responsible for cross-checking progress and releasing funds for the payment of contractors.

Australian High Commissioner to Fiji, John Feakes says immediately after TC Yasa, Australia provided $7 million in emergency relief support, complimented by the deployment of their largest ship, HMS Adelaide and support from the Australian Defence Force and another $2.5 million was provided in response to TC Ana.

He says they will continue to work closely with the Education Ministry in its reconstruction efforts to ensure these schools are built back better.