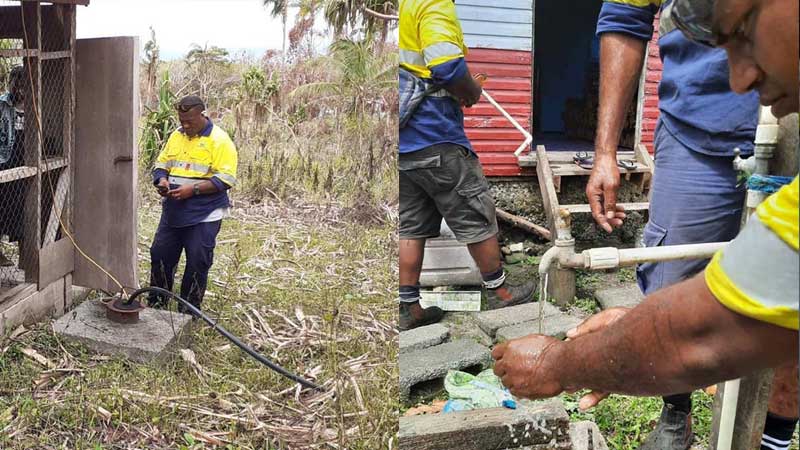 A team from the Ministry of Lands and Mineral Resources is currently conducting assessments and rehabilitation works on boreholes affected by Tropical Cyclone Yasa.

This work is being conducted by the Borehole Assessment Team from the Groundwater Division to ensure that communities who are dependent on boreholes get reliable supply of safe and clean drinking water.

They confirm the damages caused by the cyclone include pump house structure, solar structure and solar panels, water tanks, broken pipelines and connections.

The team has installed new controllers for the solar system, replaced broken pipelines with connection and rebuilt pump houses.

After the repair works, pressure tests on all the reticulation sites were carried out in order to ensure that water supply is back to normal especially for those communities who rely on boreholes as their water source.

The Ministry say a team was also deployed to Kia and Mali Island to cart water and to carry out their assessment and rehabilitation works on boreholes that were affected by the cyclone last weekend.

They say a team then proceeded to Ligaulevu in Mali where they had requested for maintenance of the village borehole as it had been idle for some time. The Turaga-Ni-Koro of Kiobo village in the Kubulau District in Bua, Timoci Tuiwainunu has thanked the government and the Mineral Resources Department for the quick response in repairing and restoring their only water source in the village.