Ashwin Raj's behavior should be critically looked at - Prof Prasad

Professor Prasad is clutching at straws in political desperation - Raj

Ashwin Raj's behavior should be critically looked at - Prof Prasad

Professor Prasad is clutching at straws in political desperation - Raj 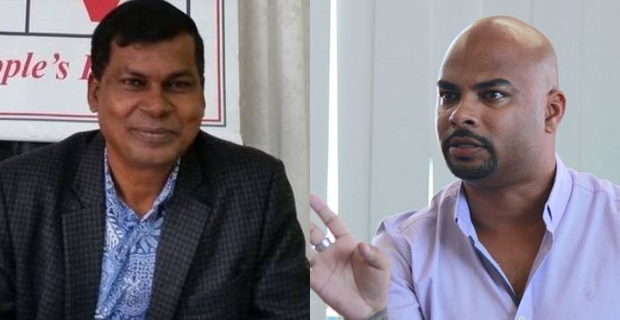 National Federation Party Leader, Professor Biman Prasad has called on the Chairman of the Fiji Human Rights and Anti-Discrimination Commission to critically look at Director, Ashwin Raj’s behavior, his condemnation of people who are critical of government and his whole conduct as Director of the Commission while Raj says Professor Prasad is clutching at straws in political desperation.

Professor Prasad made these comments after Raj commented about some politicians and lawyers while making submissions to the Parliamentary Standing Committee on Justice, Law and Human Rights.

The NFP Leader says Raj is now engaged in condemning people who are seen to be critical of government, and he even goes to the extent of telling people they cannot be sarcastic and humourous.

Professor Prasad says Raj should know that it is Oakes test and not formula.

Meanwhile, Raj says a few weeks ago in the context of Fiji’s Universal Periodic Review, Professor Prasad called for the repeal of media laws in Fiji because he claimed the media operates in a draconian regulatory environment adding a week later, the NFP Leader issued a statement berating MIDA and the Online Safety Commission for not interfering in a matter of fake news involving the Fiji Times and a website called the Fijian Times.

Raj says he called out the contradiction asking well exactly what does Professor Prasad want, the media including social media in this country to be regulated or not.

He adds so when that stunt failed, last week Professor Prasad issued a statement about Alvick Maharaj stating that he is engaged in racial slur and that the Director Human Rights and Anti Discrimination Commission cannot see that as racist. Raj says he carefully looked at the speech and found no pejorative reference to race or ethnicity in Maharaj’s speech.

Raj further says then the NFP Leader issued a statement about investigating Minister for Lands and Mineral Resources, Ashneel Sudhakar for engaging in a racial slur adding he again issued a very clear statement that racial stereotyping is unacceptable whether it is perpetuated either by Government or Opposition because it is an anathema to common and equal citizenry and human dignity.

The Director says when that failed, he decides to issue a statement about Raj attacking lawyers.

Raj adds he stands by his comment that they must find solutions to some of the most intractable human rights challenges facing Fiji, and being sarcastic on social media and keeping people ill-informed, when they can use their knowledge of the law to educate and empower the public.

He further says he used the example of the investigations into police brutality in Navua and the statement that the Commission issued used the constitutional expression “Cruel, degrading and inhuman treatment”. He adds a particular lawyer took to social media to say that the Commission doesn’t have the gumption to call it torture and brutality. Raj says he had to issue a very clear statement to the media that the expression cruel, degrading and inhuman treatment means torture both physical and emotional adding it means brutality.

He says some of these things are being deliberately distorted by seemingly educated people who understand the law just to show that the Commission is either not independent or does not have teeth.

Raj says so Professor Prasad appears to be running out of agendas so clutching at straws to keep in the media limelight.

He adds there are far more pressing issues that requires their attention than entertaining Professor Prasad’s petulance each time he issues a statement on borrowed agenda.

Can Raj please reveal the names of the lawyers - Naidu

I would rather focus on issues than personalities - Raj 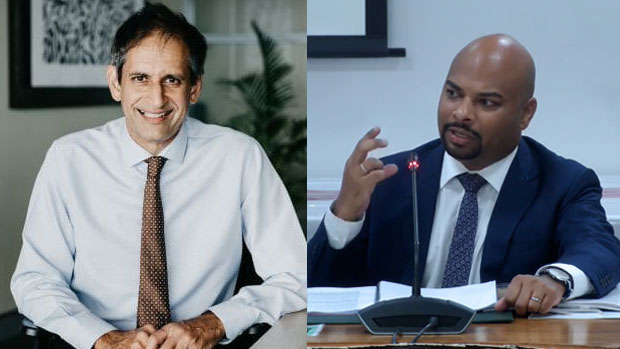 Suva lawyer Richard Naidu has demanded the Director of the Fiji Human Rights and Anti-Discrimination Commission Ashwin Raj to reveal who are the lawyers on Twitter that cause Raj so much “discombobulation” however Raj says he would rather focus on issues than personalities.

On his official Twitter account, Naidu said that as an ordinary old lawyer, who must work for clients all day to earn his money to pay the taxes that pay the salary of the Director of the Human Rights Commission, he demands to know - who are the “elite lawyers” on Twitter who are causing this.

While making submissions to the Parliamentary Standing Committee on Justice, Law and Human Rights, Raj took a jab at some lawyers and politicians when talking about the importance of understanding how to interpret limitations under the Constitution.

Raj did not name any of the lawyers he was referring to.

Raj went to say that unfortunately what's happening in Fiji is there is one side that will have a particular kind of political position and there will be another side which is "snarling like a Rottweiler ready to attack".

The Director of the Fiji Human Rights and Anti-Discrimination Commission also says educated people in this country can be doing so much good when they educate everybody.

Raj appeared before the Parliamentary Standing Committee to make a submission and respond to questions on the Fiji Human Rights and Anti-Discrimination Commission 2016 to 2018 Annual Reports.