An arrogant and out-of-touch government – NFP

Prof. Prasad says PM thinks he alone is the Govt and everybody else will do nothing without his say-so

An arrogant and out-of-touch government – NFP

Prof. Prasad says PM thinks he alone is the Govt and everybody else will do nothing without his say-so 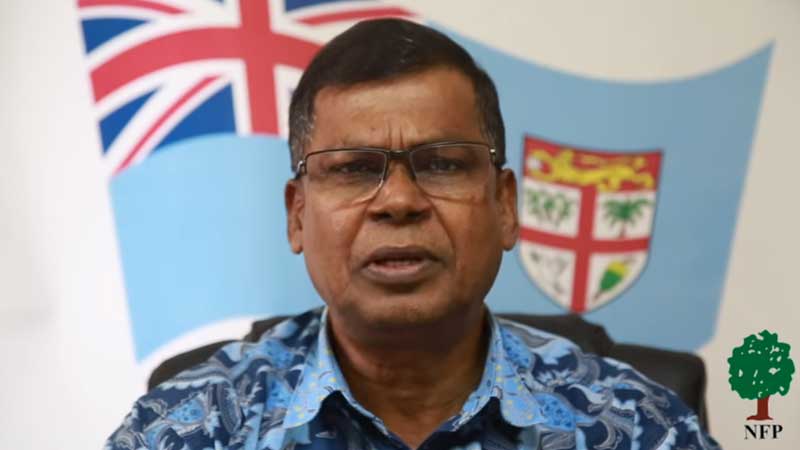 The National Federation Party has labelled the leadership of the FijiFirst Government as an arrogant and out-of-touch Government when making claims about developments in Fiji.

NFP Leader Professor Biman Prasad says the Prime Minister thinks he is the Emperor of Fiji when he reportedly told the people of Naitasiri that he did all the developments in Naitasiri.

He says the Government uses the people’s money to do those developments just like every other Government of Fiji before the FijiFirst Government.

Professor Prasad says the people of Naitasiri also worked to achieve them but yet the Prime Minister tries to claim all the credit for himself.

He adds if Fiji Pine Limited is its own company with its own money, why bonuses are only paid to landowners after it consults with the Prime Minister.

The NFP Leader says this is the state Fiji is now in, where the Prime Minister thinks that he alone is the Government and everybody else will do nothing without his say-so.

Professor Prasad says this is not how a well-governed country runs because in a democratic country, everybody has a role to play and everybody does their part.

He says in a well-governed country, the Prime Minister does not boast about doing developments as he knows that many people have worked together to achieve them and shares the credit.

He adds they are sick and tired of an arrogant, out-of-touch Government that thinks only its leaders do anything and all other people are nothing.

The Leader of NFP says this is why this Government has to go at the next election.

We have sent questions to Prime Minister Voreqe Bainimarama. He is yet to respond.

Minister for Economy, Aiyaz Sayed-Khaiyum says calling People’s Alliance “Paap” or “Paapi” is a play of words just like calling someone from... 33 minutes ago
LATEST NEWS

Minister for Economy, Aiyaz Sayed-Khaiyum has confirmed the Ministry of Education is working on some capacity building in terms of technical and ... 43 minutes ago