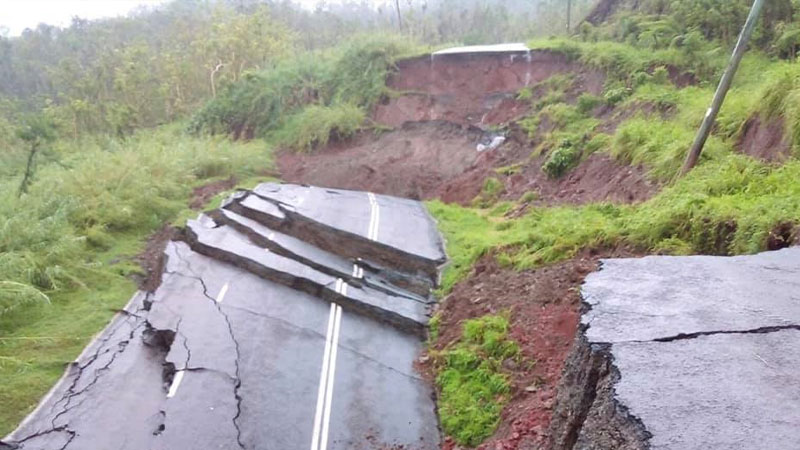 All major road networks around Vanua Levu are mostly inaccessible as road connectivity from Nabouwalu to Labasa and Savusavu are affected.

FRA says the road is also inaccessible due to a landslip at Vuya, crossing washout at Daria and flooding from Wailevu West Coast Road.

They are now working on all these main supply routes, clearing landslip and opening up access to single lane.

The major slip at Lomaloma is open to 4WD vehicles only on single lane access.

The road washout at Belego Flat before Vunivesi Bridge is also open to single lane access.

FRA says the road slip at Makomako Tabia before Makomako Intersection is now open to single lane access only.

The Korosomo Hill road is fully closed due to a major slip.

Somosomo Flat between Savusavu turnoff and Naravuka Intersection are now open to single lane access only. FRA is also working on alternative routes for Korosomo Slip through Tabia, Naduri Road and Korovou Road at Seaqaqa Research Station, which is currently accessible to 4WD vehicles.

Two senior students of a prominent school are in custody following their alleged involvement in an assault case yesterday. Police say the two stude... 33 minutes ago
LATEST NEWS

Assistant DPP Elizabeth Rice has alleged in the Suva High Court that Congo National Kiala Lusaka sent the photo of his deceased wife via Facebook to ... 48 minutes ago