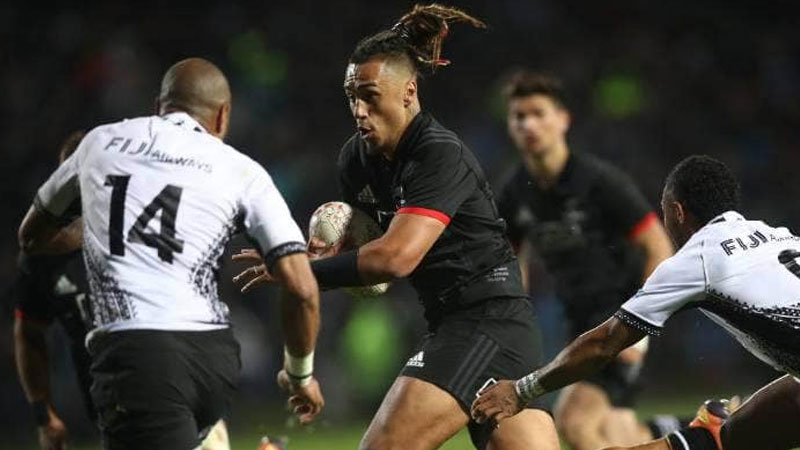 The late Sean Wainui in action for The Māori All Blacks against the Flying Fijians. [image: allblacks.com]

News of Sean Wainui's death has shocked the All Blacks squad, as they arrive in the United States for their clash with the Eagles in Washington DC this Sunday.

The Māori All Blacks and Chiefs utility back was the occupant of a car that crashed into a tree near at McLaren Falls Road, on the Kaimai Ranges, shortly before 8am yesterday.

Wainui's death has shocked the NZ rugby community, with coach Clayton McMillan remembering him as "a passionate, hard-working, proud Māori, who was an exceptional player but more importantly a father and husband.

Chiefs teammate Brad Webber says the 25-year-old deserved everything he gets because he works so hard for it, but he doesn't deserve this.

He says walking in at the Chiefs Headquarters next season and not seeing him there is going to hurt.

Wainui carved his name into Super Rugby folklore when he became the first player to score five tries in a match, during the Chiefs' 40-7 win over the Waratahs in June.

All Blacks midfielder Anton Lienert-Brown stated that Wainui will be missed but never forgotten.