All Blacks outclass the Wallabies 27-7

All Blacks outclass the Wallabies 27-7 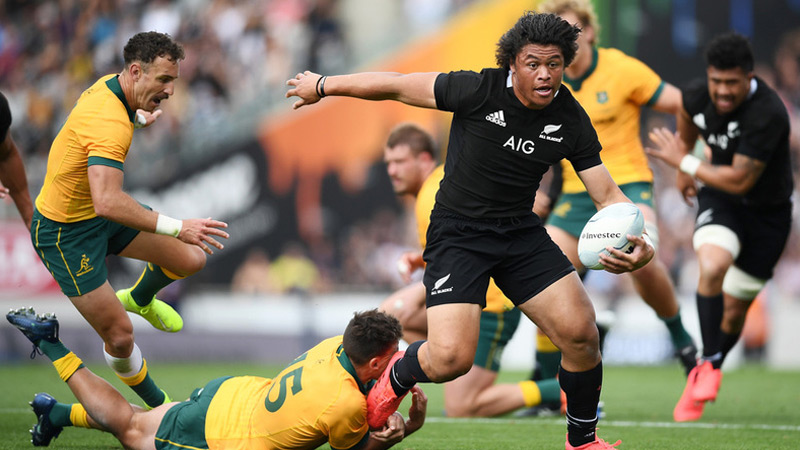 Caleb Clarke was in excellent form on the left wing for the All Blacks. [Image: Getty Images]

The All Blacks showcased their class as they thrashed the Wallabies 27-7 in their second Bledisloe Cup match at Eden Park.

Aaron Smith scored the first try for the All Blacks in the 22nd minute.

Marika Koroibete scored the lone try for the Wallabies.

The Wallabies had no answer for the All Blacks onslaught in the second half.

The All Blacks tries in the second half were scored by Sam Cane, Ardie Savea and Jordie Barrett.

Former Fiji under 20 rep Alex Hodgman also made his debut for the All Blacks.

Caleb Clarke was a constant threat for the All Blacks as he made numerous tackle busting runs throughout the match.

Cane says that they were pleased with how they played in the second half.

The next game between the two teams is on the 31st of this month in Sydney.