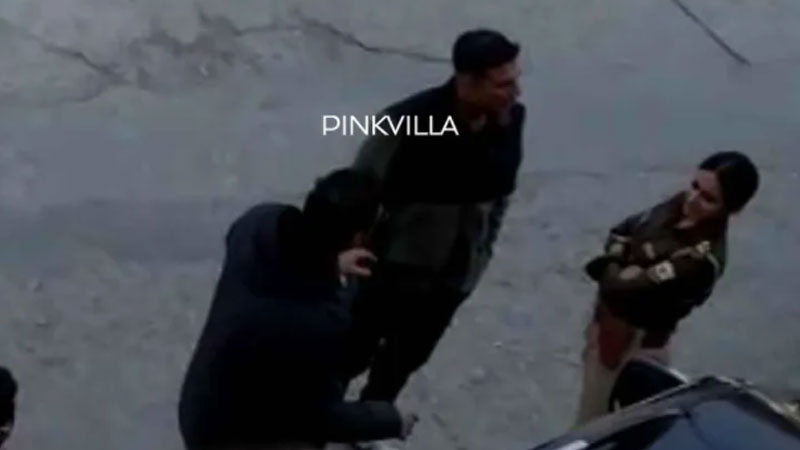 Days after wrapping the much talked about Ram Setu, Akshay Kumar has been roped in for the Hindi remake of the Tamil film, Ratsasan.

Akshay has begun shooting for the movie which also stars Rakul Preet Singh in the lead.

The team is currently shooting in Mussoorie and several videos from the sets have gone viral on social media.

In the video, Akshay and Rakul were spotted at St George's College and Barlow Ganj's main market in Mussoorie.

The video featured Akshay walking out of the college gate with Rakul who was dressed in police uniform.

Ratsasan was a story of a psycho killer who used to target young girls and managed to escape the cops repeatedly.

While this new update about Akshay’s movie has left everyone excited, the superstar has some other movies in the pipeline. He will be seen in Prithviraj opposite Manushi Chhillar, Sajid Nadiadwala’s Bachchan Pandey with Kriti Sanon which is slated to release on March 18 and his war drama Gorkha where he will be seen playing the role of an Indian army officer.