AG says almost 100,000 Fijians have been lifted out of poverty but it has been said that a comparative analysis cannot be done as the methodology is different

Stop misleading, poverty rate could be closer to 50% - Prof. Narsey

AG says almost 100,000 Fijians have been lifted out of poverty but it has been said that a comparative analysis cannot be done as the methodology is different

Stop misleading, poverty rate could be closer to 50% - Prof. Narsey 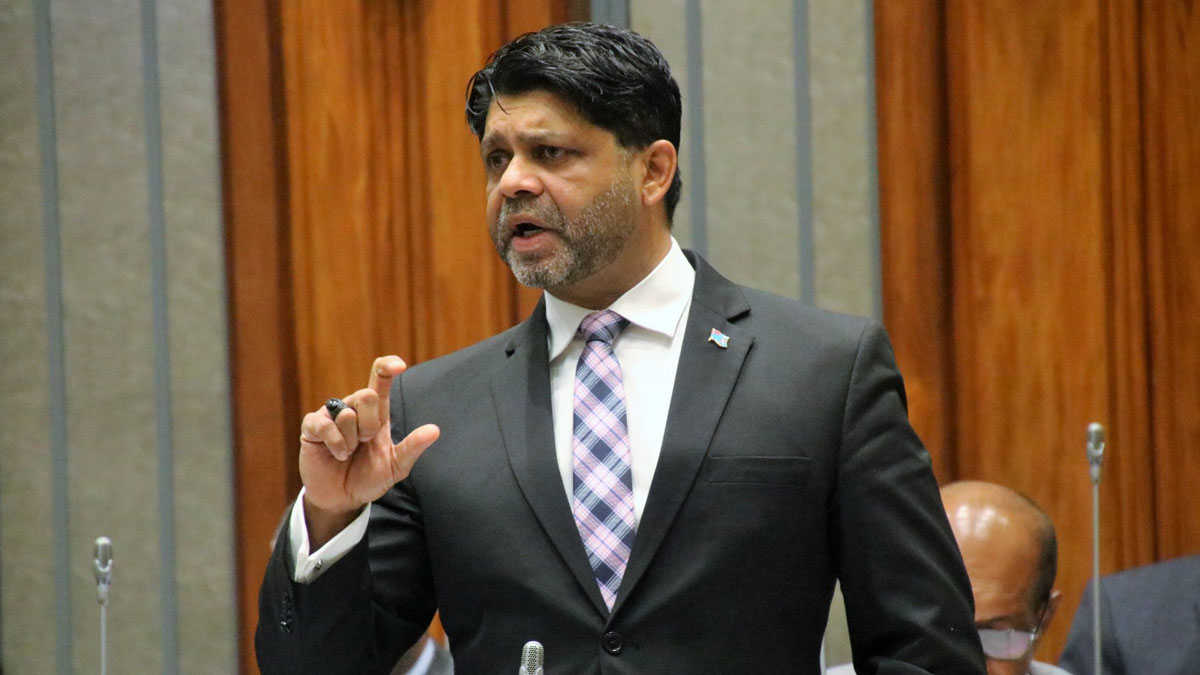 Minister for Economy, Aiyaz Sayed-Khaiyum says based on current population estimates, it is clear that under the Bainimarama government, almost 100,000 Fijians have been lifted out of poverty however it has been said that a comparative analysis cannot be done with the poverty rates from 2002-2003, 2008-2009, 2013-2014 and 2019-2020 as the methodology is different.

The Minister says that is the boom as lifting 100,000 people out of poverty is no ordinary feet.

He says it is a direct result of 9 years of consecutive economic growth and various social empowerment initiatives like free education, equality in employment and creation of thousands of jobs under the Bainimarama government.

Sayed-Khaiyum says of course we need to fight more against poverty but it is not an overnight fight. He says it requires continuous effort, it requires extra effort from everybody, it requires decisive leadership, strategic thinking and way forward thinking not until the next elections but the next 5 to 20 years.

However economist, Professor Wadan Narsey says it seems the rate of poverty could be closer to 50 percent in Fiji and the Minister for Economy’s statement that almost 100,000 people have been lifted out of poverty is misleading. Narsey says what the Minister said would be acceptable if the rates of poverty he has been quoting in Parliament were comparable.

He says unfortunately the Fiji Bureau of Statistics and the World Bank had issued a statement very specifically warning the Fijian public that those rates of poverty were not comparable because the one that was calculated in 2019 and 2020 was based on a totally different methodology from the previous ones.

He says it basically means poverty lines have been reduced and if you reduce the poverty lines, you have fewer people in poverty.

Professor Narsey says organisations like FRIEND who are on the ground have been saying poverty rates are much higher than that because the household income and expenditure survey was also done before COVID-19.

The World Bank had said in a statement in April this year that it should be noted that the 2019-2020 poverty estimates are based on consumption per capita and cannot be compared directly to 2013-2014 poverty measures which were based on income.

It said the household consumption estimates in Fiji’s 2019-2020 Household Income and Expenditure Survey were updated to account for revised estimates on spending on non-food items such as utilities, communications, domestic services and education. This change affects consumption-based poverty estimates based on the survey, with Fiji’s national poverty rate for 2019-2020 estimated at 24.1 percent, compared to 29.9 percent previously recorded.

The discrepancy in the coding was identified by the World Bank’s Poverty and Equity Global Practice Team during a cross-check review exercise to ensure Fiji’s Survey remains in-line with international practices.

The review identified that in the consumption aggregate estimated from the 2019-2020 Survey, expenditure on four non-food categories: utilities (electricity, gas, water, garbage collection), communications (telephone, TV, internet and postal) domestic services and education (including school fees and books) was only included for households that spend on all sub-categories.

The World Bank said the revised expenditure measures now represent total spending on any of these items, bringing these figures in line with international standards.

The World Bank says Fiji's national poverty line remains virtually unchanged (FJ$2179.4 in the original, compared to FJ$2179.5 in the revision), due to the relatively uniform distribution of non-food expenditure among the households in the original and revised reference groups used to calculate the poverty line. Poverty estimates have now been revised downwards in both urban and rural areas, with estimates for all divisions now lowered by 3.4 to 6.2 percentage points. 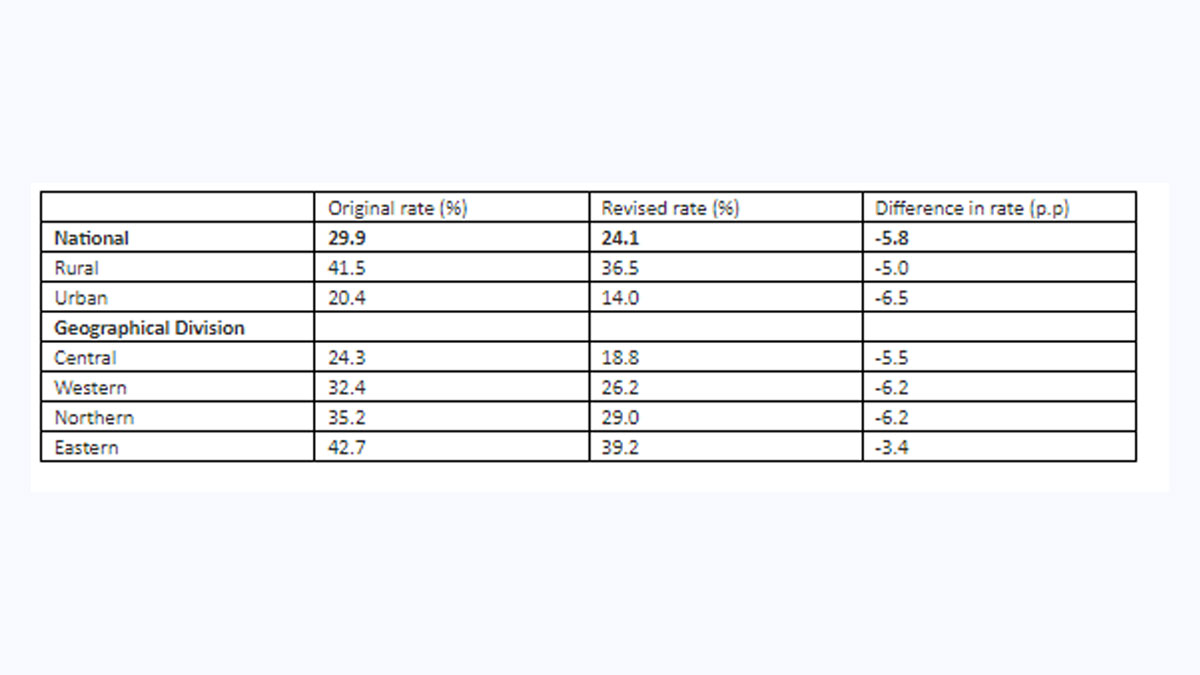