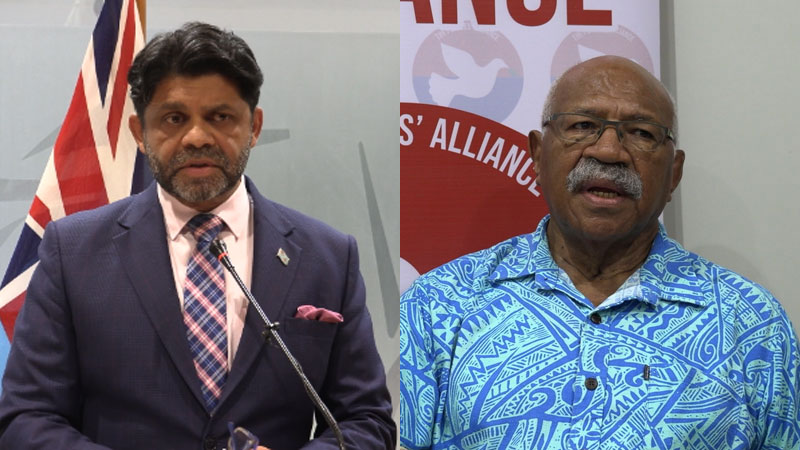 Attorney General Aiyaz Sayed-Khaiyum yesterday questioned whether People’s Alliance Leader Sitiveni Rabuka should have been fit to continue to be Prime Minister as under his leadership the National Bank of Fiji was lost.

While responding to comments made by Rabuka that the inability of Sayed-Khaiyum, and Prime Minister Voreqe Bainimarama, to keep the lights on and the water flowing through the taps, is an indictment of their leadership, Sayed-Khaiyum says the electricity did go off in the past couple of days.

He further says there were technical issues that did happen and it is not an indictment of how the Prime Minister or the AG is running EFL or running the switch at Monasavu.

Sayed-Khaiyum says it is quite a stupid comment to make.

In a statement, Rabuka says a People’s Alliance Government is committed to conducting urgent investigations into what has gone wrong and to drafting plans as quickly as possible to give the people the services.

Rabuka further says the continuing crisis of dry taps and regular power cuts are good reason for voting the FijiFirst Government out of office.

Rabuka adds there has never been an apology from Bainimarama or Sayed-Khaiyum for not getting their water and power act together.

Rabuka further states that he believes Sayed-Khaiyum may have spoken about deteriorating infrastructure, but that explanation doesn’t work when they have been ruling Fiji for well over 15 years.

He says they have had plenty of time to fix things.

Rabuka highlighted that their problem is compounded by a commitment written into the Constitution for the right to clean and safe water in adequate quantities.

He adds this is to be done progressively, but we are not seeing any progress in some of the most heavily populated parts of Fiji.