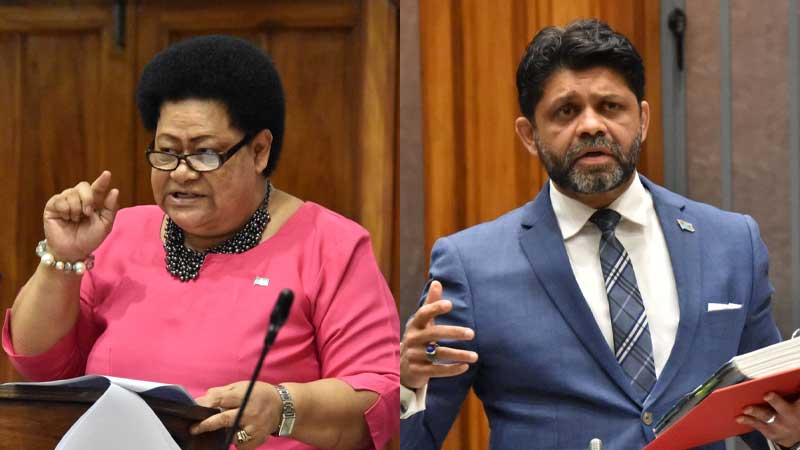 Attorney General, Aiyaz Sayed-Khaiyum says he hopes the judiciary in Fiji picks up on the development of the laws surrounding social media as the Australian courts have already ruled that media organisations can no longer say that they are not responsible for third party comments on the media organisation’s social media page.

Sayed-Khaiyum made the comments after the End of the Week Statement in parliament by Assistant Minister for iTaukei Affairs, Selai Adimaitoga.

Adimaitoga had said that Australia has a new law that makes newspapers and media ultimately responsible for comments on their facebook page.

She says they will not allow media outlets to turn their platforms into breeding grounds for hatred or racism, neither should we.

Adimaitoga says some journalists do not follow the media guidelines in Fiji.

She says look at CFL, they will publish anything on their website and social media that the opposition says or anyone else that speaks against the government.

Adimaitoga claims that CFL will not check if what was said has any truth, they will not do research, they will post catchy headlines and they often have little to no basis in truth.

She also says Fiji Times has been publishing anti-government headlines almost every day.

Adimaitoga says the media have a responsibility to publish the truth, maintain professional standards and maintain integrity.

She also says the Media Industry Development Act promotes balanced, fair and accurate reporting yet the opposition and the media seem to be against that.

Sayed-Khaiyum says Adimaitoga is absolutely correct that MIDA has not been very active and they need to be active.

He says one of the problems in Fiji has been the lack of focus by media organisations on development economics.

The Attorney General says we are post-colonial society, our development agendas are different and we need to be able to have investigative journalism in those areas.

He says he was comparing the recent interview of the terminated Vice-Chancellor of USP on the Mai TV show and on fijivillage, and he says if you are interested about investigative journalism, go and listen to both and look at the level of input through research and how the questions were asked.

Sayed-Khaiyum also claims that CFL and Fiji Times will never ask or talk to the government about development programs and areas of public interest.

CFL stations and website have never been in the business of personalizing and politicizing issues.

We always stand for balance, fairness and accuracy.

CFL also does not stand for or support any form of discrimination against any particular individual.