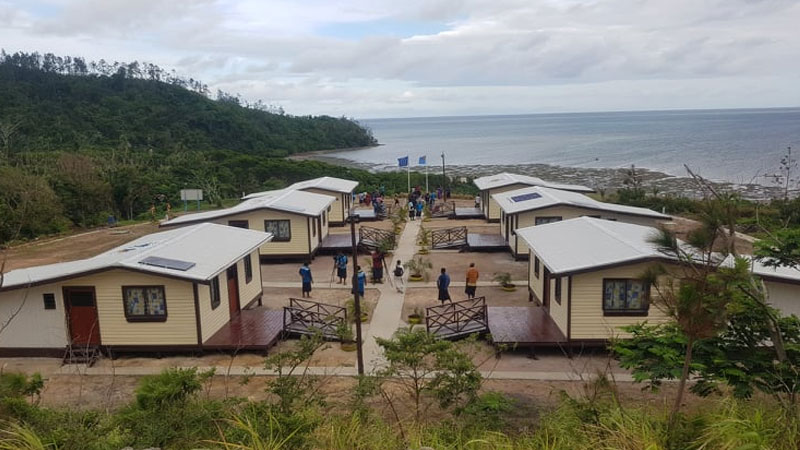 It was a historic moment as seven families in Narikoso Village in Kadavu who are vulnerable to the impacts of climate change were given the keys to their new homes by Prime Minister Voreqe Bainimarama.

Bainimarama says Narikoso is one of the 48 villages that needs to be relocated fully or partly relocated.

He says this is the third village they have relocated and every successful relocation brings the hope and encouragement to other villages.

He adds the relocation project is not just a response to sea level rise but can also be an opportunity to develop sustainable community based project in rural areas that can generate income.

The Prime Minister highlighted that the new structures in Narikoso can withstand a Category 4 storm.

Bainimarama says the families can celebrate a new Narikoso, in which all the villagers are safe.

Bainimarama says Narikoso is one of 48 villages that they know must be relocated fully or in part and is the seventh village they have relocated where every successful relocation gives hope and encouragement to the remaining villages.

He says they know it can be done and that life will continue as happily and productively as before, and their village will be able to make plans for 10 or 20 years in the future.

Bainimarama says it is not enough to simply move a village as we know that we will face more severe storms, and more frequent storms in the future, so we must build stronger villages.

He says when a village is relocated, they want it to thrive in the future, not merely to exist as a dot on a map.

He says they had to stop work for a time because of the COVID-19 pandemic but they persevered and Fijians always persevere.

The Prime Minister says we are a people who have lived in harmony with nature, and we know how to adapt when nature changes our environment.

Bainimarama says it is government’s job to support the efforts of the people in this village and others to have a better life today, to look to a more prosperous future, and to contribute to the economy of the country.

He says the Integrated Human Resource Development Programme will provide economic opportunities for Narikoso villagers through a $27,000 allocation to the Matanarua Co-operative.

Bainimarama says through the program the villagers will receive 200 laying hens, 100 chickens for meat, feeding equipment from Pacific Feed, a 1000-litre cooler and 500-litre freezer from Brij Lal and an outboard engine and a generator from ASCO Motors. 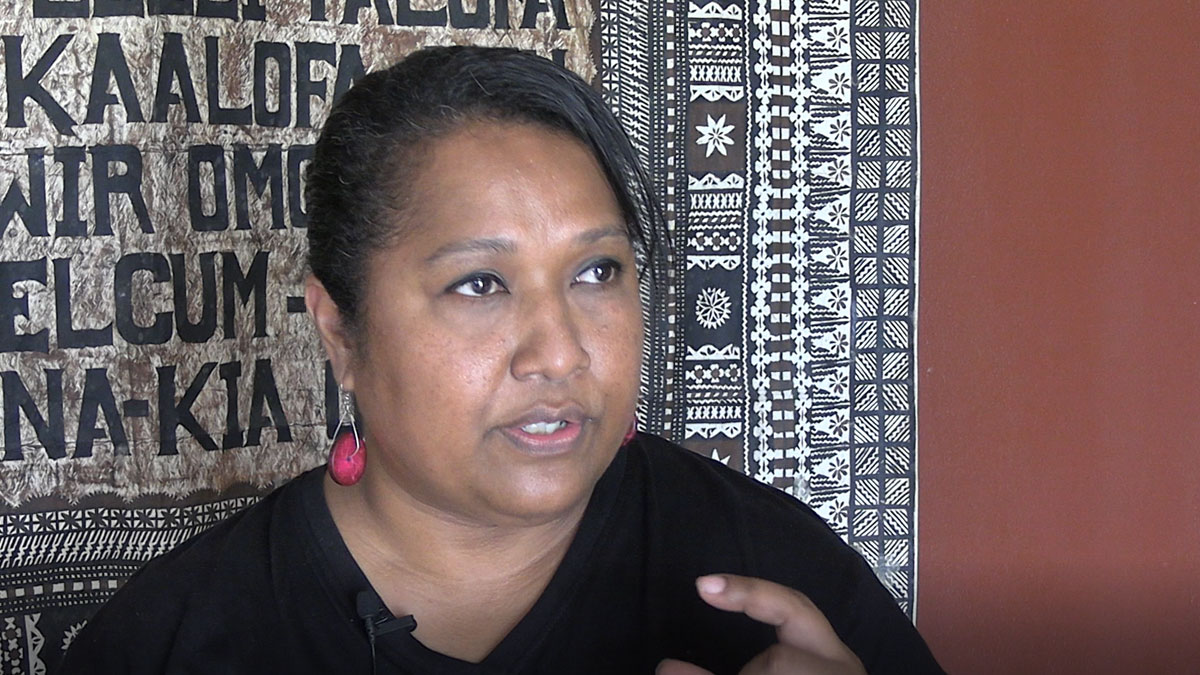 A survey done in 2020 identified communities and informal settlements in the Suva, Nausori and Lami corridor where the income stream was lessened and ... 8 hours ago
LATEST NEWS 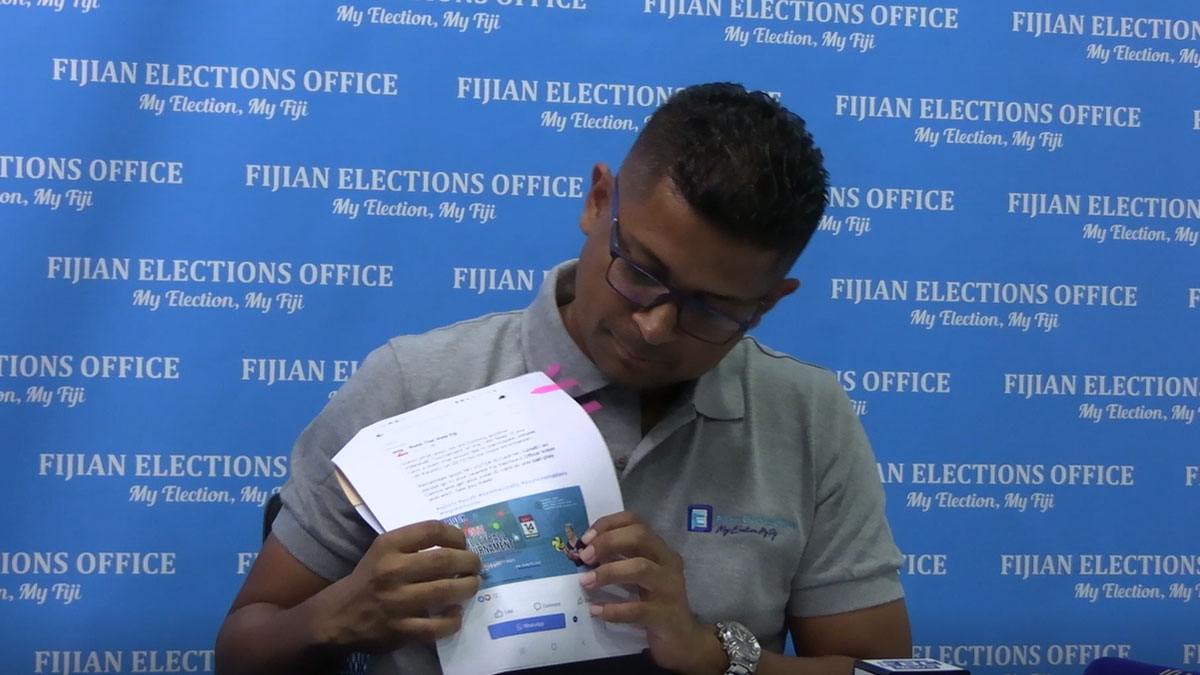 Rock the Vote Fiji has been referred to FICAC, not People’s Alliance Deputy Leader, Lynda Tabuya. This has been highlighted by the Supervisor of ... 6 hours ago

I again urge developed nations to deliver on the $100 billion climate finance commitment at COP27 at Sharm El-Sheikh in Egypt this year, which is now ... 7 hours ago

There is no such policy or standard operating procedure in the Fiji Police Force that the police do not do anything in 24 hours when a person is ... 8 hours ago

A 30 year old woman from Cunningham is in Police custody and is being questioned for an alleged theft at a Samabula temple. The woman was wanted ... 11 hours ago

The Fiji Airways has been named winner of the award for the Best Airline Staff Service in Australia and Pacific at the World Airline Awards, held at ... 12 hours ago
More News
TOP