682,569 people have registered on the National Register of Voters

682,569 people have registered on the National Register of Voters 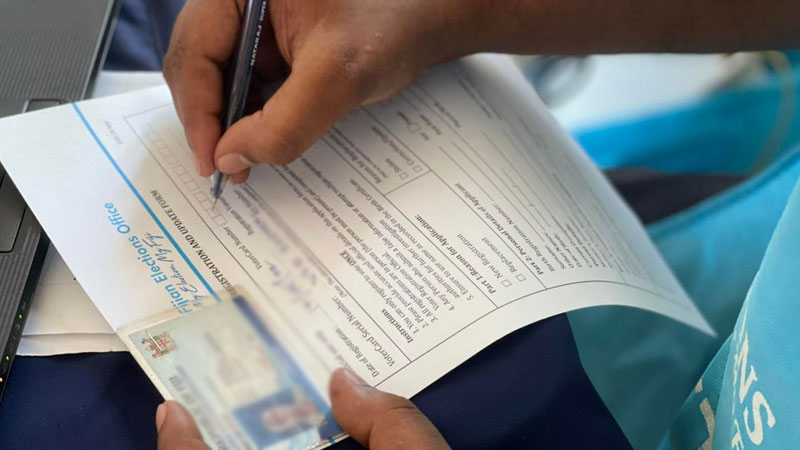 682,569 people have registered on the National Register of Voters as at 14th April this year.

Since 3rd October 2021, the Fijian Elections Office has had 361,763 voter engagements and in the Know Your Election campaign and Nationwide Voter Registration Drive alone, the FEO has registered 19,879 new voters.

Saneem says the changes brought about in the law as well as the expiry of the Green VoterCard together with the urgency created by the indirect use of the VoterCards for other commercial purposes has resulted in the extensive interest of voters to upgrade to the latest VoterCard.

He says the FEO also capitalized on this surge and engaged just over 200,000 voters in the Know Your Election and nationwide drive which was conducted between 26th February to 14th April 2022.

Saneem adds the turnout recorded could also be attributed to the $30,000 Bonanza.

At the close of the drive, the FEO conducted an extensive data verification and cleaning exercise using information returned by the Turaga-ni-Koro and District Advisory Councilors as well as against data records of other relevant agencies.

Since 3rd October last year, the FEO has verified and removed 10,905 voters who are now deceased.