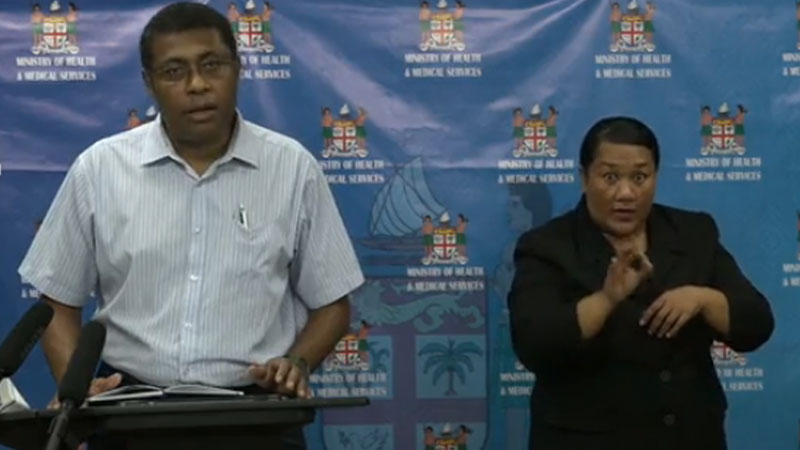 Doctor Tudravu says they operate hospital isolation facilities where 279 people are in 6 facilities in the country.

He says 22 percent of these people are either in severe or critical condition.

Doctor Tudravu says the Ministry of Health’s Response has changed to the Mitigation Phase.

He says they remain in the containment phase in the Western, Northern and Eastern Divisions.

He says they continue to undertake screening and contact tracing activities but have stopped mobile screening in the Central Division as it goes into the Mitigation Phase.

Doctor Tudravu says the change in role of the FEMAT Field Hospital is almost complete where the field hospital will operate fully as a COVID hospital.

He says FEMAT currently has 49 admission beds and has recorded 175 admissions since May this year.

Doctor Tudravu says the ministry has also set up a home care support system where positive cases who are at home are regularly followed up through phone calls and interviews.

He says to date 402 calls have been made where 1057 have been attended to through this.

Doctor Tudravu says in the Central Division, they have centralized ambulance services which is based out of the ANZ Stadium.

He says this support patient retrieval system has been established where the services are accessed through the toll-free number 165.

Doctor Tudravu says accessing tests now is a challenging area and their team is currently working on an information system that will allow individuals who are tested to follow up and get results electronically through an internet-based system.

He says in the last 24 hours, majority of the screening was done in the Western Division where they screened a total of 3,659 individuals and swabbed 511 individuals.

He says they continue to operate the containment zones with movement restrictions in the Central Division such as Waila and Qauia Settlement as well as the Western Division such Delaisaweni Settlement, Karavi Settlement in Ba and Vakatora Housing in Lautoka.

Doctor Tudravu says many civil servants are currently engaged in raising awareness in the community where they undertake assessment, address community needs such as water, sanitation, food and psychosocial support.

He says the telehealth services continue in the Western and Central Divisions with the toll-free number 165 allowing access to specialist services for people living with diabetes, chronic disease and also for the supply of medicine and mental health care.

\Viliame Vodonaivalu has been appointed as the new CEO of FNPF. FNPF Board Chairman Daksesh Patel says the Board is confident that Vodonaivalu’s ... 26 minutes ago

Australian charity organisation, Heroes Need Heroes has donated over $46,000 worth of emergency response equipment to the Ministry of Health. The ... 41 minutes ago

Mia Kami whose new song ‘Rooted’ is playing on Legend FM and is available on Youtube says the song is a message about strength and who we are as ... 56 minutes ago